“One thing’s for sure. I’m done running from my past.” 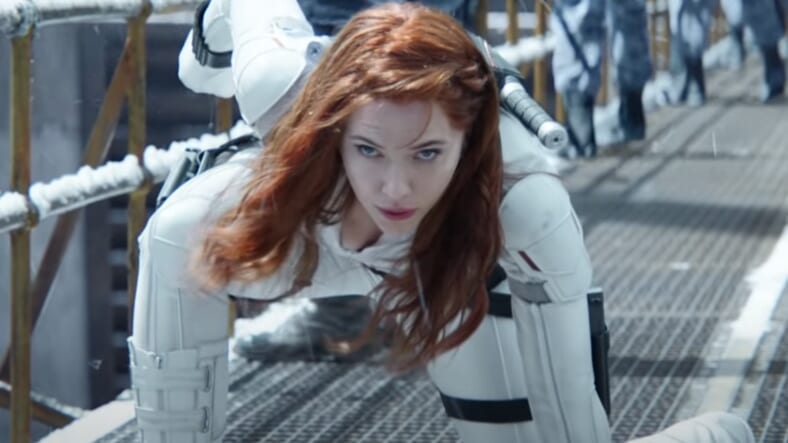 In an explosive new trailer Marvel dropped over the weekend, one thing is clear: Whatever her fate at the end of the Avengers: Endgame, Natasha Romanoff — aka the Black Widow, played by Scarlett Johansson — had to reckon with her past as an operative at some point.

That’s clearly part of the deal in Black Widow, in which Natasha goes home to Mother Russia to see her sister Yelena Belova (Florence Pugh) and reckons with who she once was. She says as much in the trailer: “One thing’s for sure. I’m done running from my past.”

In this new preview we get some of the same scenes seen in previous trailers for the pandemic-delayed movie but definitely a slightly different feel as we see scenes from the Black Widow’s time in the Avengers, up to the moment near the end of Endgame when she meets her apparent fate. It lends a more tragic edge to an otherwise blistering series of action sequences as Natasha and Yelena face off against their mysterious nemesis, the Taskmaster.

In Marvel Studios’ action-packed spy thriller Black Widow, Natasha Romanoff aka Black Widow confronts the darker parts of her ledger when a dangerous conspiracy with ties to her past arises. Pursued by a force that will stop at nothing to bring her down, Natasha must deal with her history as a spy and the broken relationships left in her wake long before she became an Avenger. Scarlett Johansson reprises her role as Natasha/Black Widow, Florence Pugh stars as Yelena, David Harbour portrays Alexei/The Red Guardian, and Rachel Weisz is Melina. Directed by Cate Shortland and produced by Kevin Feige…

Black Widow is Marvel’s first movie in what it calls Phase Four of the Marvel Cinematic Universe.

The premiere date for the movie has been moved repeatedly. It was set to come out in May, but was moved again and will premiere in theaters or on Disney+ on July 9, 2021.