“On behalf of the entire NBA and half the rappers on the Billboard charts, I want to thank you for giving your daughters their daddy issues,” the Detroit Pistons star told Caitlyn Jenner. 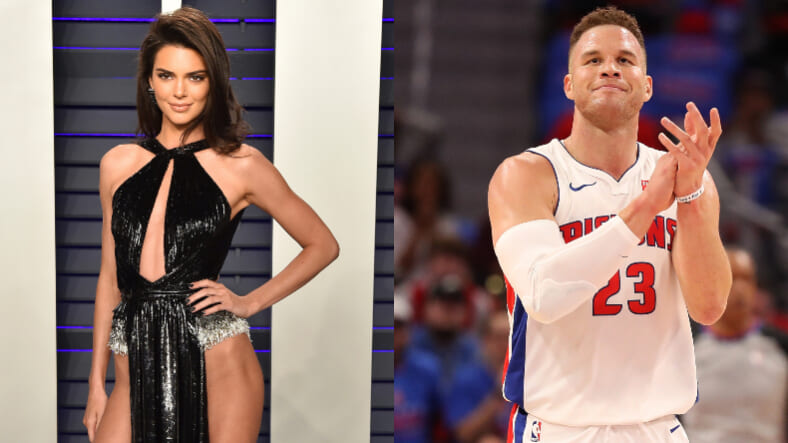 NBA star Blake Griffin didn’t hold anything back while roasting ex-girlfriend Kendall Jenner…as well as the rest of her famous family.

The Detroit Pistons standout, who broke up with the supermodel and Maxim Hot 100 beauty in 2018, dunked on Kendall, her younger sister Kylie Jenner, and their transgender dad, Caitlyn Jenner, in the above clip from Comedy Central’s The Roast of Alec Baldwin.

Then came the punchline: “And on behalf of the entire NBA and half the rappers on the Billboard charts, I want to thank you for giving your daughters their daddy issues.”

Kendall also reportedly had a fling with Philadelphia 76ers point guard Ben Simmons, and has been linked to several other NBA players. Kylie has a daughter with rapper Travis Scott.

Griffin’s other jokes were even more brutal, as well as being decidedly NSFW. His opener was directed squarely at Caitlyn.

“Caitlyn completed her gender reassignment in 2017, finally confirming that no one in that family wants a white dick,” Griffin said, before hitting a follow-up line in the same vein.

“Caitlyn’s pussy is so young, Alec just called her a rude, thoughtless little pig,” in reference to Baldwin’s infamous comments about his daughter, Ireland Baldwin. Yikes.

See what the rest of the dais has in store when The Roast of Alec Baldwin airs Sunday, September 15 on Comedy Central.