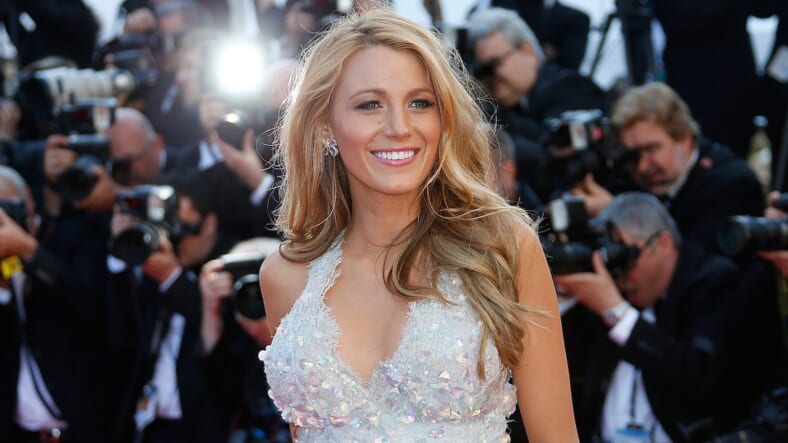 It’s understandable if looking at a tall, handsome, and disgustingly charming couple like Ryan Reynolds and Blake Lively might make you roll your eyes. At the same time, there’s a lot of evidence that the pair’s bond is real and solid (and often hilarious), not some Hollywood thing held out for appearance’s sake, and they’re probably even pretty fun to be around.

The shot above, that Lively posted on her Instagram story to support Reynolds’s new movie, Free Guy, is a perfect example.

It’s an image of a freaked-out Reynolds photoshopped into a pic of Lively in a very flattering bikini with the legend, “Go see @freeguymovie this weekend or you’ll be bummed.”

One thing seems clear on learning how Free Guy did at the box office: Lively’s joke certainly didn’t hurt when it came to getting people out to theaters. In fact, the movie opened very strong, according to The Hollywood Reporter, winning the weekend with a cool $28.4 million.

Chances are Free Guy will continue to pull in solid numbers, too, especially since the merger of Disney and Fox ended up completely changing the movie’s end in a very Disney (and Marvel) friendly way. Director Shawn Levy spoke to EW about how the studios’ combined intellectual properties (IP) may have made for a very different story from the original script. Warning: The following contains a spoiler regarding a major cameo:

“There was always this [idea] for the third act of the movie to show Guy fighting an upgraded version of himself named Dude,” Levy tells EW in an interview. “We always wanted this idea that, at that point, Guy had mastery of the game world in which he lives and can therefore access all the various devices and weaponry that advanced players can utilize in Free City.” In light of the Disney-Fox merger, they realized, “If the whole idea of this movie is wish fulfillment, wouldn’t the ultimate wish fulfillment for Guy to be to use the most iconic weaponry, essentially, in cultural history? And now we’re owned by the same studio that conveniently owns Lucas[film] and Marvel.”

That wish-fulfillment ended up being a comic book nerd’s wet dream. Again, from EW:

In order to save his video game from being canceled and preventing all the digital people within it from being erased, Guy sets off to help expose the shady dealings of the head of the game’s studio to the world. Antoine (Waititi) attempts to stop him by sending in Dude, a beefed-up version of Guy who’s quite dim-witted because he’s not fully programmed yet. As the entire world watches their battle play out in the game, Guy shocks everyone when he whips out a lightsaber, Hulk fists, and Captain America’s shield as weapons against Dude. That last one comes with a cameo by Captain America actor himself Chris Evans.

Even though that reveal above just amounts to one major character, it might be enough to further boost box office as Free Guy continues playing in theaters everywhere.

And if not, we can always hope Blake Lively posts another swimsuit photo. In support of her husband, of course. It couldn’t hurt.