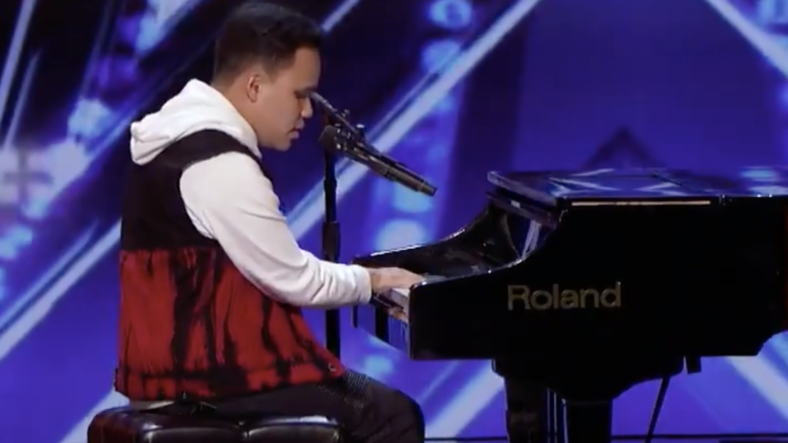 I have an autistic kid, and no one needs to prove to me that people on the autism spectrum are capable of amazing things; I’ve seen my son make it to his junior year in high school with a good circle of friends and decent grades despite his challenges.

The America’s Got Talent video above features 22-year-old Kodi Lee, who is autistic and blind. After his mom introduced him, I wasn’t sure what to expect: something that would be perfectly okay for a sighted, non-autistic person but not amazing, or something imitative, maybe—many people on the autism spectrum have an amazing ability to echo, to copy behaviors. Either would’ve been moving, regardless.

However, what you get if you watch the video is a performance that’s musically, vocally, and emotionally powerful as hell. It’s like the singer flipped a switch the moment the music began and his cheerful, almost childlike demeanor was gone, replaced by a soulful, intense young man.

I've been sitting in so many emotions. Trying to keep it together. Trying to stay strong to fight. But I'm tired. So, I am beyond grateful to have seen Kodi Lee who has given me strength this morning. Art heals. Art speaks. Thank you, Kodi, for reminding me. https://t.co/pfKLQ1WJSE

It is no wonder that all four judges—including noted sourpuss and hardass former American Idol judge Simon Cowell—are visibly moved, as is the audience.

According to his mother, music has helped Kodi Lee deal with the world, which if you know anything about autism makes total sense: People on the spectrum can’t filter what’s coming at them. The world we learn to mentally organize in order to understand and cope is to them sometimes like a big roar of light and sound; it feels a little like they’re drowning in sensory input.

Kodi Lee, who is blind and has autism, delivered an emotional performance on the season premiere of @AGT that earned him a golden buzzer from judge Gabrielle Union.

We sat down with Kodi and his mom, who says she couldn’t be more proud: https://t.co/jDdMJOJKXh pic.twitter.com/71rvaGdjgM

For a rare talent like Lee to latch on to music as a way to begin understanding and handling life has a real logic to it.

It is important to note that the vast majority of people on the autism spectrum don’t have special abilities like Lee—Rain Man helped develop that stereotype and it puts an unfair burden on the differently-abled.

Still: If you haven’t listened yet, grab the Airpods and make sure you’re relatively alone, because whatever’s got you occupied might just be washed away by a tear or three.