Blink-182 Wrote An Entire New Album And Then Scrapped It

But now Travis Barker says their latest batch of songs is “the best material we’ve put out in years.” 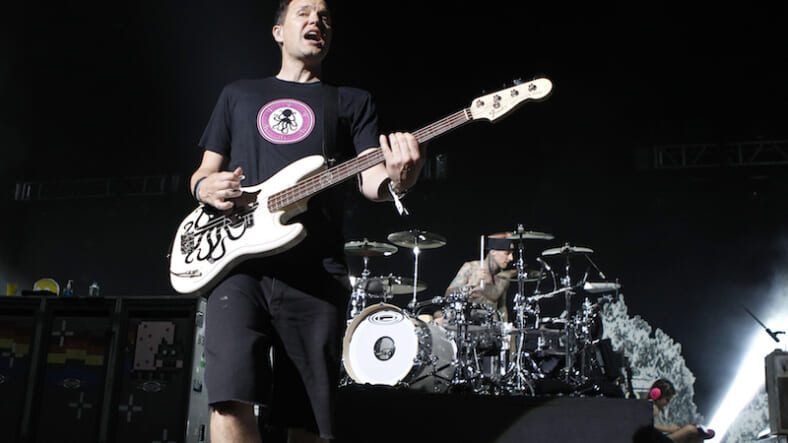 If you were old enough in the 90s to be picking out your own music, chances are you can still, at any time of the day, at any given level of sobriety, sing every lyric to “All the Small Things” from memory. No one would ever call Blink-182 the best band, but they’re a fun band—albeit one that hasn’t released an album since 2011. Now, the California pop punkers are trying to change that.

In an interview with Laguna Beach’s KX 93.5, drummer Travis Barker said that he and lead singer Mark Hoppus, along with Matt Skiba from Alkaline Trio, who took the place of ex-Blinker Tom DeLonge had actually completed 16 tracks that were intended to go towards the band’s comeback album, but ended up tossing them. They’re starting fresh, and here’s what Barker has to say about the re-do material:

“It’s honestly the best material we’ve written or put out in years. I haven’t been excited about a Blink album like this in a long time. I’m 120 percent in.”You can listen to the rest of his radio interview below.

It’ll be fun to hear the new album once it’s out, if for nothing other than nostalia’s sake. Let’s just hope Martin Shkreli doesn’t try to buy it for $15 million or something.