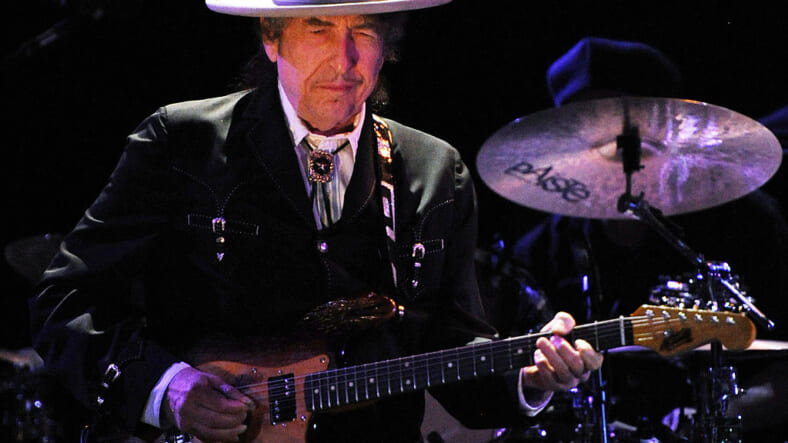 Bob Dylan will pick up his Nobel Prize when he’s damn good and ready, apparently. The folk troubadour and all around legend has informed The Swedish Academy that due to “other commitments” it’s “unfortunately impossible” for him to make his way to Stockholm, reported the Associated Press.

As far as members of the Nobel Committee are concerned, that’s cool—Dylan did smooth the way by sending a letter to the Academy in which he indicated that he is “extremely honored” to receive the august award.

The singer and songwriter won’t lose anything. The AP reported that the Academy stated that the award now “now belongs to Bob Dylan” and they “are looking forward to Bob Dylan’s Nobel lecture, which he must hold, according to the requirements, within six months.” That’s six months from when the ceremony is held on the 10th of December.

So Dylan will get to Stockholm when he gets there. He’s just got other stuff he has to do first—which feels like the most Bob Dylan way imaginable to accept such a major honor.