We ARE the Champions, my friends… 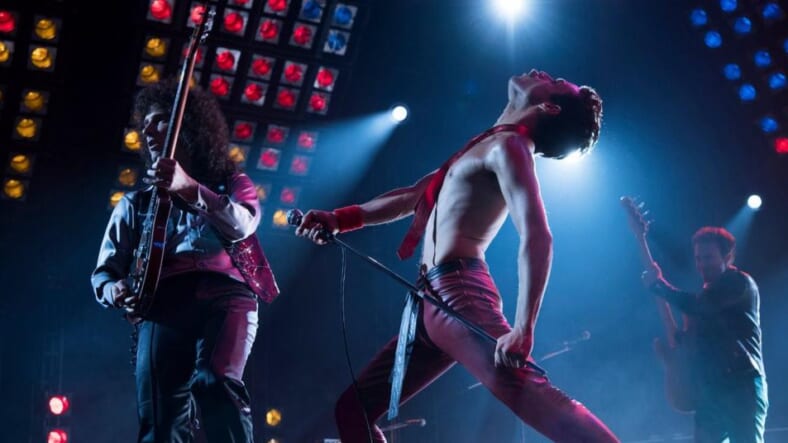 The blockbuster starring Rami Malek as Freddie Mercury has become the highest-grossing biopic of all time after earning $175.7 million in North America and $433 million at the international box office for a global grand total of $608.7 million, according to Deadline.

Malek’s portrayal of Queen’s eccentric frontman has earned him a Golden Globe nomination for Best Performance by an Actor in a Motion Picture. But the movie’s box office dominance has helped the operatic rock anthem of the same name smash a different record.

“Bohemian Rhapsody” from Queen’s 1975 album A Night at the Opera has become the most streamed song from the 20th century, CNN reports.

Universal Music Group says that the song and official music video have racked up more than 1.6 billion plays globally across all major streaming services, surging past mega-popular classics like Nirvana‘s “Smells Like Teen Spirit” and Guns N’ Roses‘ “Sweet Child O’ Mine.”

“So the River of Rock Music has metamorphosed into streams!” Queen’s guitarist and founding member Brian May said in a statement. “Very happy that our music is still flowing to the max!”

The groundbreaking track also made a rare re-entry on the Billboard Hot 100 following the BoRhap movie’s November 2 premiere, over 40 years after it first appeared on the charts.