The team behind ‘Patriots Day’ may want to speak with Bostonians first. 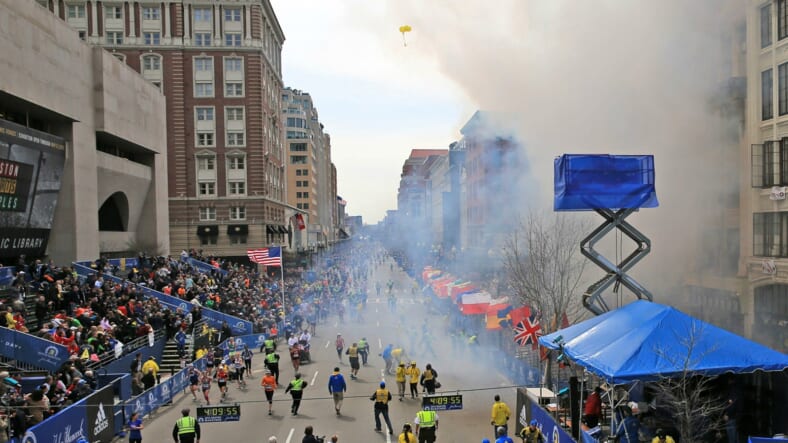 There is one day the residents of the Laurel Hill section of Watertown, Massachusetts, will never forget — and, we’re guessing, would never want to experience again: April 19th, 2013, the day the manhunt for the perpetrators of the Boston Marathon lay siege to their quiet, tree-lined neighborhood. Yet a déja-vu of those events in all of their adrenaline-spiking detail may be in the making, if Mark Wahlberg and director Peter Berg have their way.

The Boston-born Wahlberg is gearing up to play Danny Keeler, the Boston police detective who was in command at the marathon finish line and led the search for brothers Tamerlan and Dzhokhar Tsarnaev, in the upcoming film Patriots Day. (That holiday, commemorating the first battles of the American Revolution, in Lexington and Concord, is when the Boston Marathon takes place each year.)

According to The Boston Globe, the movie’s representatives recently sent fliers to Laurel Street denizens asking for their help in securing permission to film the shootout right where it happened. The flier says the filming would begin in late April, and involve simulated gunshots up until midnight on each of three nighttime shoots. It also said that location managers would speak “with each of you individually to compensate you for any intrusion onto your property,” and asked that residents fill out an online survey asking whether they’d approve of such a shoot.

Watertown district councilor Angeline Kounelis, who represents the neighborhood in question, said in an email to the film’s location managers that “the subject matter may still be of a sensitive nature for the folks who lived through the experience.” She also wrote that resident David Hennberry, the owner of the boat under which Dzhokhar Tsarnaev was found the day after his brother died in a tense shootout with police, had made up his mind about the filming, though she declined to say what that decision was.