It Turns Out Bradley Cooper and Irina Shayk Were Fighting Pollen at Wimbledon, Not Each Other 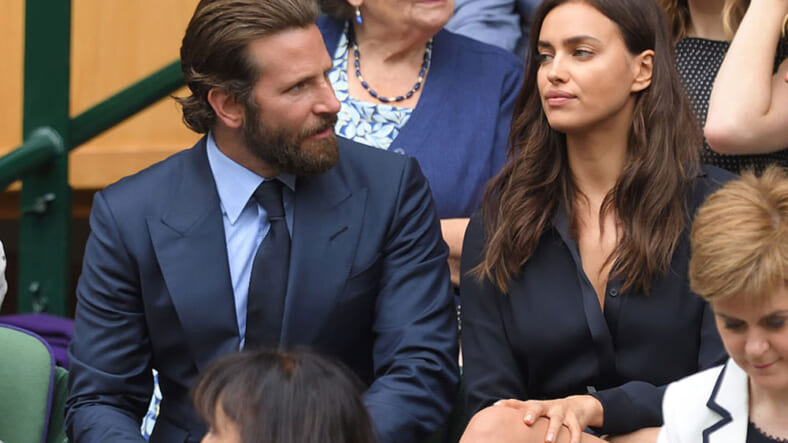 The world was gripped with fear earlier this week at the possibility that super actor and supermodel super couple Bradley Cooper and Irina Shayk might have been quarreling when in attendance at Wimbledon.

All the evidence was there: concerned looks on Cooper’s priceless face, Shayk’s cool stare off into the distance, somewhat awkward body language—boyfriends the world over saw the photos and were certain they smelled a whiff of the old dog house coming from Cooper’s bearded frown.

Fear not: TMZ reports the couple are fine and the problem was merely good old-fashioned hay fever:

But sources close to the couple tell us the supermodel was simply battling allergies. As for Bradley’s apparent side-eye? We’re told he was actually talking to retired tennis star Stefan Edberg, who was sitting next to Irina. TV cameras didn’t show Edberg, which made it seem like Bradley was peeved at Irina.

We can practically hear the held breaths being released in relieved sighs worldwide. Unless the breaths were being suspended by guys who thought they might have a shot with Shayk if Cooper had to fly the coop.

As far as TMZ’s “sources close to the couple” know, you fellas may as well keep waiting. Irina Shayk’s biggest problem is apparently with mother nature. Allegedly.