Can he pull it off? 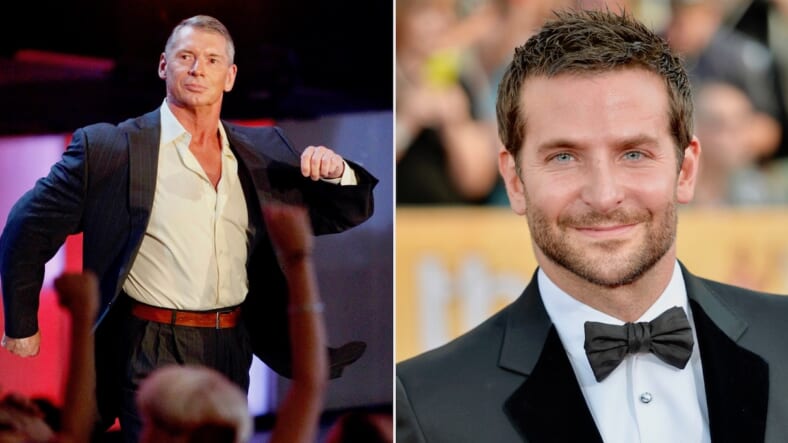 Bradley Cooper may face the most challenging acting feat of his life—mastering the swaggering gait of WWE CEO Vince McMahon.

The Oscar nominee has reportedly been offered the lead role in an upcoming McMahon biopic, titled Pandemonium.

We wonder if it’ll recreate this moment.

The script was written back in 2015 but was reportedly subjected to a number of overhauls after the WWE and McMahon family kept taking issue with it. At last, it appears all parties have reached a resolve.

Cooper has yet to make a decision, however. The talent behind the project—with little-known screenwriter Craig A. Williams and the writers of Bad Santa, John Requa and Glenn Ficarra, onboard to direct—may be a little beneath what he’s used to.