This dude definitely had it coming. 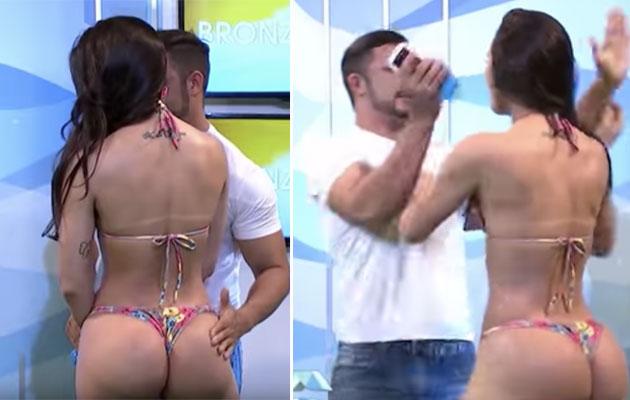 Full disclosure: I don’t speak a lick of Portuguese, but anyone can tell what happened on this Brazilian infomercial was just plain wrong.

On a TV spot demonstrating how to properly apply sunscreen, a TV host was tasked with rubbing lotion over a bodacious bikini model, Rayssa Teixeira Melo. It was a tall order, but, as we will see, he was overly eager about it.

At the 6:50 mark, Melo demands the presenter avoid rubbing the lotion on her derrière as he strays too close to her “no no” areas. But around the 7:20 mark, he does it anyway, prompting Melo to lay down the hurt.

Watch as she smacks some sense into this lecherous TV host, above. And let this serve as a cautionary tale for what happens when you rub suntan lotion on a model’s butt without asking her permission first.