Jesse Pinkman’s story could have ended in a totally different way. 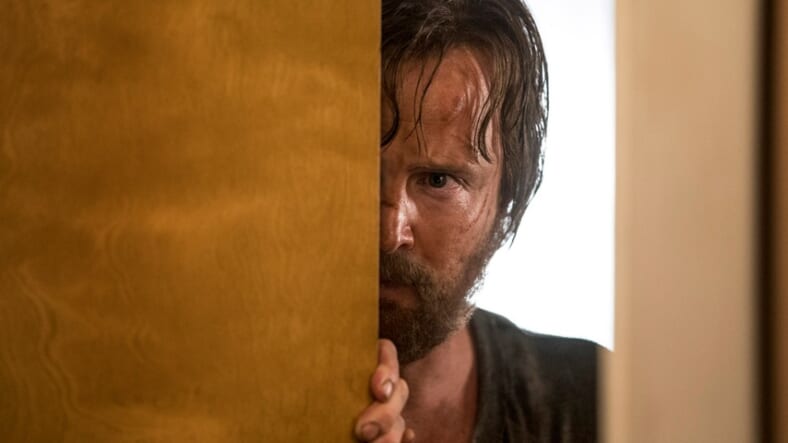 El Camino: A Breaking Bad Movie has been available on Netflix for a few days now and reviews are generally good, with many happy that Jesse Pinkman (Aaron Paul), who was in some ways the heart of the show, may have reason to live out his life in peace.

Vince Gilligan, series creator and director and writer of El Camino, almost took Jesse in a very different direction. In an interview with EW, he revealed an alternate ending that might have been poetic but would have pissed off a lot of fans.

Gilligan admitted to EW that he initially felt it was up to the audience to determine how Jesse got away—he was fine leaving that up to the viewers’ imaginations.

Then the question began nagging him, too, and he said he found himself “wondering at idle moments, ‘How exactly did he get away? Because that’s no easy feat! And what if he didn’t get away? What if he got busted right around the next corner?’”

So Gilligan came up with this story of Jesse’s post-Bad fate:

…“I didn’t get super far down the road, but it was probably going to be a young woman who needed some help,” he says. “He was hiding out by the Canadian border, and this woman was working at a motel as a housekeeper or something. [He] goes into the process of saving her, knowing full well that he’s going to suffer for it, he’s going to get caught for it, but he does it anyway.” “And the last scene would be maybe him in a jail cell but at peace for the first time since the movie began. I think there was going to be this component where he couldn’t sleep. He wouldn’t get a single [night’s] sleep for a week or so upon escaping. The police are looking for him and he’s too haunted and he’s too adrenaline-charged. And at the end of the thing, he’s in a jail cell, and ironically he can fall asleep like a baby. And I thought, ‘Ah, that’d be kind of cool.’”

Gilligan ran the story idea by his girlfriend as well as other writers and producers. It did not go well, he told EW. In fact, “the writers and everybody looked at me like I was absolutely insane: ‘You can’t have Jesse back in a cell at the end of the movie! People will tar and feather you!’”

Well, yeah. Pinkman is in hell, caged by psychos and cooking meth, and actual prison is supposed to be a relief? Vince Gilligan eventually understood why his first story didn’t work and said he was glad he’d listened to everyone who’d balked at it.

He hasn’t exactly disavowed the idea, though. “I think there is a version of that movie that if perfectly executed would work,” he told EW, “but I don’t know that I was the guy to pull it off. I’m glad I wound up doing it the way I did it.”

It’s interesting to think about what could have been, though, as it often is with a show so noted for its secrecy. That secrecy creates a natural aura of mystery within mystery. And it’s no joke, either—for example, the way Bryan Cranston (spoiler alert) was brought in to appear as Walter White in a pivotal scene was the stuff of spy stories.

In an interview with USA Today, Gilligan described flying Cranston to Albuquerque in a private jet, then on landing they “put a bag over his head, put him in a tinted car and then drove him to the set that way.”

Prequel Better Call Saul is typically just as secretive, with no leaks from the set or tell-tale photos.

For all we know, there could be another follow-up in the works that finally tells us if anyone ever came and got Saul Goodman’s fixer Huell Babineaux from the Safe House where he was last seen waiting for the doomed Hank Schrader to return.