“Biggest let down in history.” 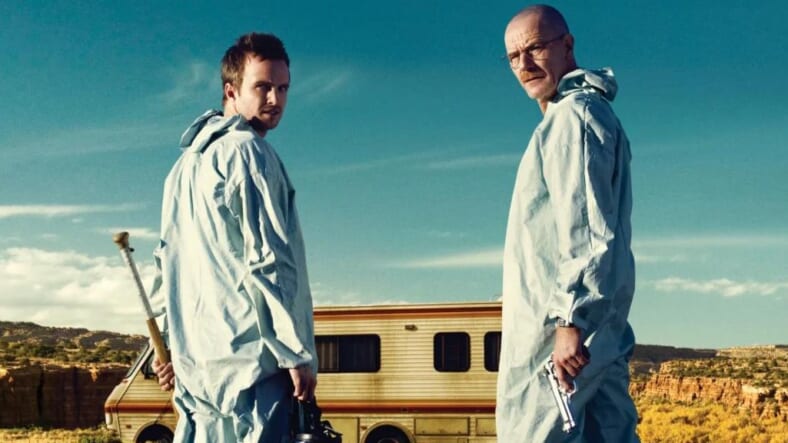 Breaking Bad fans who were hoping for a movie based on the hit TV show were a little let down with the latest project from stars Bryan Cranston and Aaron Paul…to say the least.

It turns out that the on-screen meth manufacturers were teasing their new Dos Hombres mezcal all along. That’s right, they were breaking booze, not bad. Cranston shared the story behind the booze in an Instagram post.

“We had the time of our lives while shooting Breaking Bad and truly built a very special bond,” the 63-year-old actor wrote. “Knowing that we couldn’t share the screen for quite a while – our thoughts turned to a new project.”

“We searched high and low all over Oaxaca, met incredible people along the way and after a beautiful yet grueling search throughout that majestic landscape we believed we may have found our place. Our Mezcal,” he added.

“It was on a dirt-road, in a tiny village, hours away from the center of town, we found it and it was perfect. Holy shit it was perfect. We looked at each other and just simply nodded. This is it. We named it Dos Hombres – two guys on a quest.”

The comments section of Cranston’s post was swiftly populated with complaints from BB film hopefuls.

“No way. I was hoping for a trailer of the breaking bad movie,” one person responded. “I’m so pissed off.”

“Biggest let down in history,” another said.

“My disappointment is immeasurable and my day is ruined,” a third added.

Those who didn’t take the news quite so hard responded with supportive messages laced with references to the show like “You go Heisenberg!” and “Missed opportunity on not naming it Methcal.”

Anyone else feel attacked by Bryan Cranston and Aaron Paul?? #DosHombres pic.twitter.com/9RH7WmF7aB

To be fair, actress Anna Gunn, who portrayed Skyler White in the series, straight-up said that Cranston was teasing Dos Hombres on BBC’s The One Show, as we previously reported.