The Los Pollos Hermanos mogul is ready to cook again. 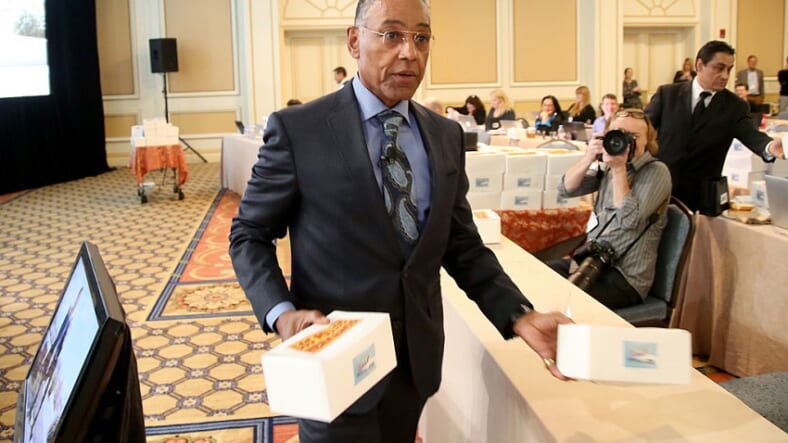 Saul creators and cast members — including Esposito, who also handed out boxes of Los Pollos Hermanos fried chicken to the media — confirmed that Fring was definitely coming back at TCA 2017, the annual convention of the Television Critics Association.

“…I’m excited to be back,” Esposito reportedly said, “Certainly, Vince [Gilligan] has described to me a situation where Gus is a very cagey character…he was a guy who wanted revenge, a guy who wanted to create a business, but he was also a guy who was very caring with his people.”

Regarding Fring’s return, Vince Gilligan said showrunners “knew there was only one way to go forward. how do you not see this wonderful character in the show?”

“It’s a show we thought was going to be easier to write when we started,” Gilligan continued, “Every year, and this season is no different, every season is inching the ball down the field, closer and closer, sometimes baby steps, sometimes large leaps, of the journey of Jimmy McGill toward Saul Goodman.”

On Saturday AMC also posted a 3 minute sneak peek of a scene from the new season, in which Jimmy and occasional romantic partner Kim are clearly a little tense with each other but Jimmy’s brother Chuck (Michael McKean) is the focus of the conversation.