“No way I’m helping you people put Jesse Pinkman back inside a cage.” 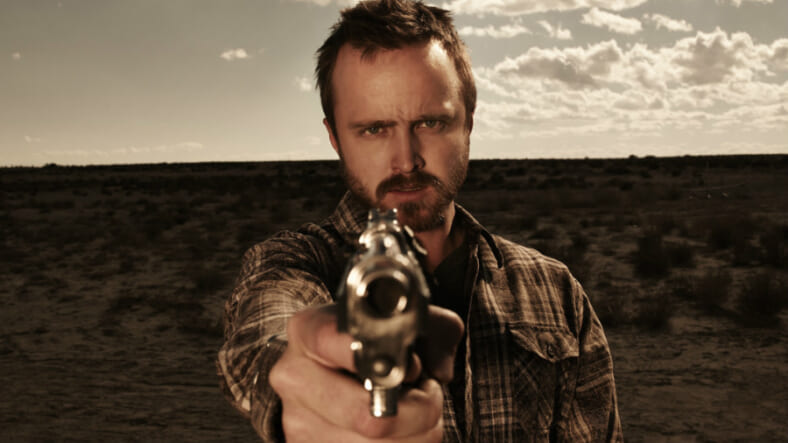 The Breaking Bad movie was real all along and now we know it isn’t titled Greenbriar (or Greenbrier, whatever). The title is El Camino: A Breaking Bad Movie.

Netflix dropped an intriguing teaser for the movie Saturday, eliminating any further mystery about its existence but also prompting plenty of questions as to just how Jesse Pinkman’s (Aaron Paul) post-Bad life plays out. Variety reports the teaser was posted after basic info about the movie leaked online.

The teaser is simple. It’s essentially a monologue by Pinkman associate Skinny Pete (Charles Baker), in which he’s telling a room full of what appear to be shadowy law enforcement agents that he knew what Pinkman had been through, but didn’t know where he was, and wouldn’t tell them if he did.

“No way I’m helping you people put Jesse Pinkman back inside a cage,” Pete says, referring to the cage in which the character was confined when not cooking meth in the final season of the show.

The leak wasn’t nefarious, it was a Netflix goof, as this Reddit thread makes clear. It includes a screenshot of the page, which Netflix has since taken down.

The synopsis is simple: “Fugitive Jesse Pinkman (Aaron Paul) runs from his captors, the law and his past. Written and directed by “Breaking Bad” creator Vince Gilligan.”

Who else is in the movie aside from Paul and Baker, we don’t know for sure, though if there are flashbacks it seems like Bryan Cranston is likely to appear.

We do know that there’s a new tequila perfect for making margaritas while watching the flick—Aaron Paul’s and Bryan Cranston’s Dos Hombres—and that El Camino: A Breaking Bad Movie begins streaming on Netflix October 11, 2019.