It’s a superhero movie with a nightmarish twist. 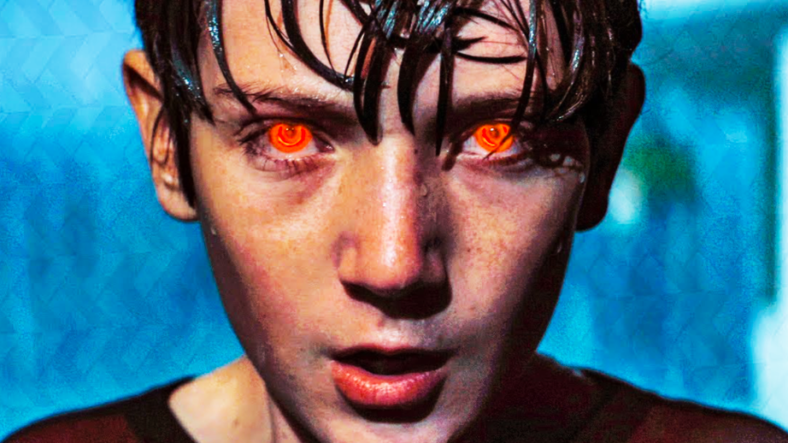 Brightburn, a new movie by Guardians of the Galaxy writer-director James Gunn, basically asks this compelling question: What if instead of being a good-hearted hero, a super-powered alien child living as a human with a farm family in Kansas—yes, just like Clark Kent, aka Superman—was actually a bloodthirsty psychopath?

It feels like an obvious question but watching the second trailer for Brightburn, it becomes clear that no one has tried to effectively answer that question before. It looks like James Gunn definitely gave it a shot, and took it straight into slasher-style horror.

After all, that’s the synopsis for Brightburn:

What if a child from another world crash-landed on Earth, but instead of becoming a hero to mankind, he proved to be something far more sinister? With Brightburn, the visionary filmmaker of Guardians of the Galaxy and Slither presents a startling, subversive take on a radical new genre: superhero horror.

The trailer sketches the story. There’s an explosion and Elizabeth Banks is the wannabe mom first on-scene to a crashed spaceship. She takes the baby she finds as her own, and he’s named Brandon Breyer. He apparently grows into the kind of nerdy kid that seems to draw bullies like a magnet—until he realizes he can crush them.

From there, things go crazier and crazier still as Brandon apparently begins exacting the revenge fantasies of every kid who ever felt wronged but powerless to defend themselves.

Which makes him sound sympathetic, but odds are, he’s definitely not.

In the history of true crime there are plenty of stories of killers who commit their first horrible acts as kids, only to be sent away until they are adults—then they go free and are ten times more dangerous than ever before.

If the kid in Brightburn (played with surprising menace by child actor Jackson Dunn) gets caught somehow, the people of that fictional Earth better hope he’s put away forever.

We’ll find out if this is the beginning of a superhero horror franchise when Brightburn is released May 24, 2019.