The Daily Heat Index: Brock Lesnar Comes Out of Retirement for UFC 200 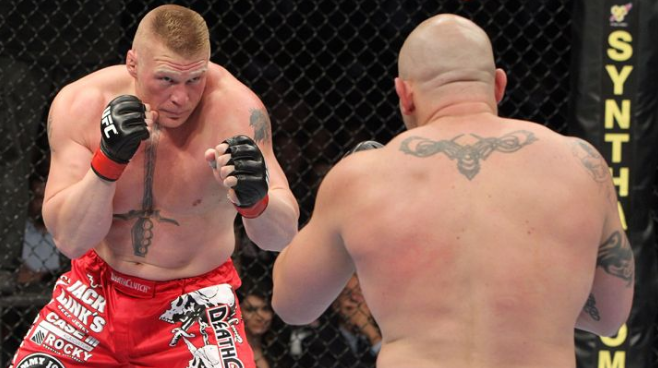 Brock Lesnar Returns to UFCFormer UFC heavyweight champ Brock Lesnar is returning to the Octagon. The 38-year old former WWE star is set to bring the pain on July 9th against MMA vet Mark Hunt at UFC 200 in Las Vegas. The surprising news comes after Lesnar’s retirement announcement about 15 months ago, but it looks like he’s ready to rumble once again.

Alicia Vikander Talks ‘Tomb Raider’Ex Machina star Alicia Vikander is getting ready to take on the live action version of gun-toting, video game vixen Lara Croft for Tomb Raider. “I really enjoy the aspect of being able to work with my physicality,” the Danish actress told Total Film Magazine. “In one way, I can probably do that unconsciously. But in this, it’s going to be a whole other level. It’s always wonderful when you get the chance to try things out that you never thought you would be able to do, to push yourself and your boundaries.” Tomb Raider is set for a Fall 2017 release.

Steph Curry’s No. 1 FanInstagram model Roni Rose got caught hungrily eyeing Steph Curry on his way back to the bench during Sunday’s blowout Warriors NBA Finals win. Obviously, the internet reacted appropriately, judging from the above tweets.