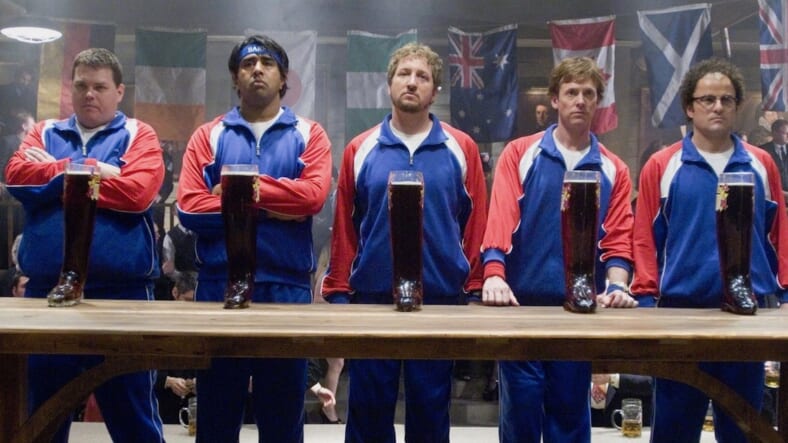 Broken Lizard, the comedy troupe behind cult classics like Super Troopers and Club Dread, answered the question bros everywhere have been wondering since 2006. Will there be a Beerfest 2?

While promoting the sequel to Super Troopers, which is out April 20th, director Jay Chandrasekhar was asked about the fate of Beerfest 2. “We have a story for it. So yeah,” he said.

The first movie followed two American brothers who travel to Germany for Oktoberfest, where they discover an underground competition known as Beerfest. After being crushed in their first attempt, they vow to return victorious.

But give them time to make a second. Super Troopers 2 took a while to get off the ground, and Broken Lizard even depended on a Kickstarter campaign to get early funding.