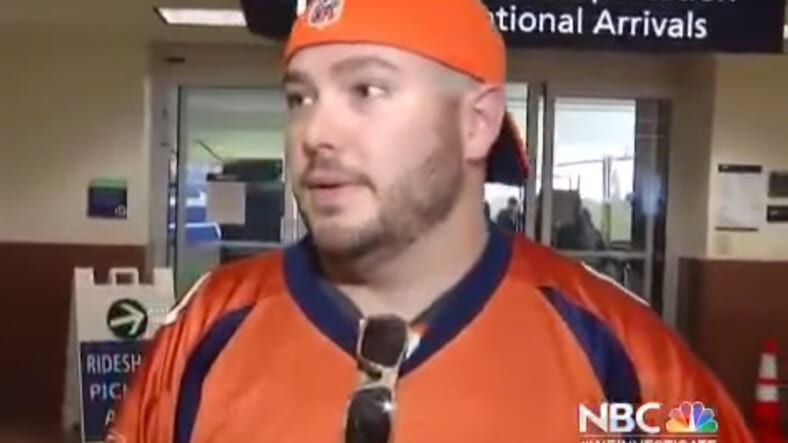 What is it about the Super Bowl that casts such a spell on us men? We watch the TV, screaming for our teams like we’re baying for blood. Then, we leave our better halves with messes of buffalo sauce and nacho cheese to clean up.

Apparently, we also leave them with some pretty ugly financial messes.

A Broncos fan was recently caught by a news team boasting about how much coin he dropped so that he and his buddies could attend Super Bowl 50: $21k on tickets and $30k total with travel and lodging. When the reporter reacts with shock, the fan cautions, “Don’t tell my wife!”

Even if she doesn’t have cable, she’s going to have some pretty big questions when they have to sell their house.

We don’t really know this dude’s story. Maybe he’s been saving up for this day since he got his first paycheck, or maybe he’s rich. Either way, he seems pretty certain about one thing: When the reporter asks him what will happen if the Broncos lose, he declares, “We’re not gonna.”

Let’s just hope the cameras aren’t around when his wife finds out where that money went.