Will the Dallas Cowboys accept him with open arms? 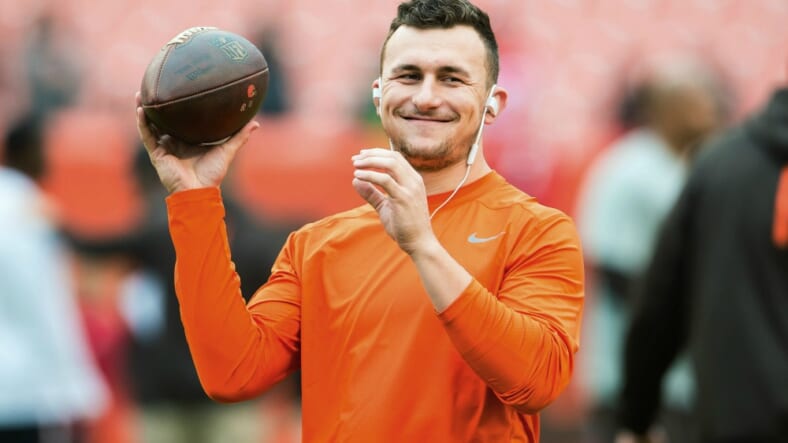 Johnny Manziel’s short, tumultuous tenure as a Cleveland Brown will come to an end in early March, just as soon as NFL rules allow the team to shoot him into the sun, ESPN reports.

In a statement released Tuesday, the team said Manziel’s inability to stay out of trouble off the field “undermines the hard work of his teammates and the reputation of our organization.”

The final straw appeared to come last Saturday when police responded to a call about an “altercation” between Manziel and his ex-girlfriend. No one was arrested, but Fort Worth police did go on a rather extensive hunt for Manziel that included a helicopter, after his ex said she was worried about his well being. The 23-year-old quarterback was fine when police found him.

This is only the latest in a long line of embarrassing incidents for Manziel, who’s slowly transitioning from goofball ne’er-do-well to seriously troubled young man. The guy has only been in the league for two years and he’s already  had a handful of run-ins with police, a trip to rehab followed by a apparent relapse, fines, suspensions and now, the inevitable release.

Remarkably, there’s little chance this is the end of Manziel’s career. Most seem to think he’ll land on another NFL roster as a backup. Smart money seems to be on the Dallas Cowboys. Not only is owner Jerry Jones a noted fan of character deficient players, but he’s got a particular soft spot for Manziel.

Problem for Manziel is that he doesn’t just have his horrid record as a human being  working against him, there’s also the inconvenient fact that in two years as a NFL quarterback, he’s been godawful quarterback.