You need to watch this. 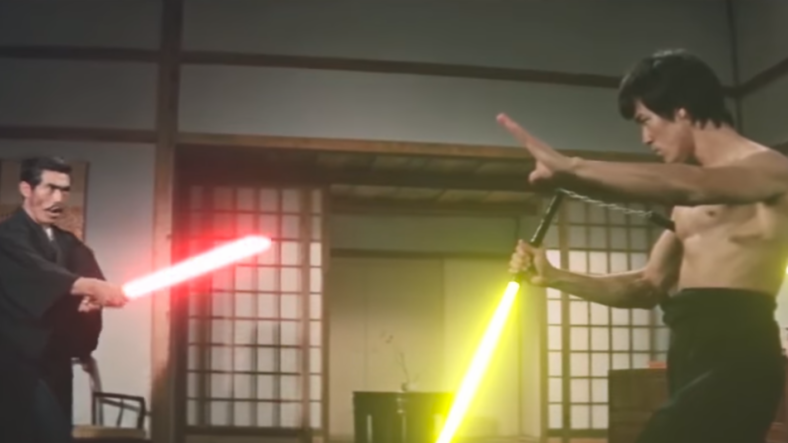 How do you make a Bruce Lee fight scene even more badass? Add lightsabers.

YouTuber Patrick Nan edited a melee scene from 1972’s Fists of Fury to transform Lee’s nunchucks and his nemesis’ saber into the laser swords wielded by Jedis in the Star Wars universe.

He was inspired to create the awesome mashup after seeing this triumphant piece of fan art.

The now-viral video is by far Nan’s most watched, having racked up over one million views in three days.

Is it even better than this lightsaber-ed Game of Thrones scene? You be the judge.