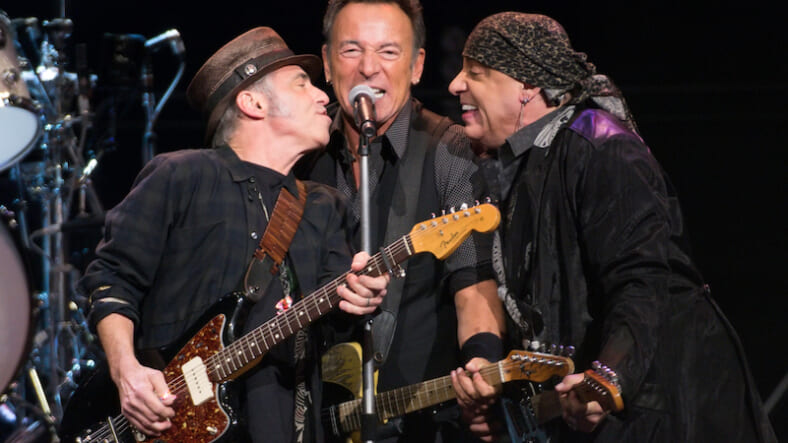 Regardless of where you live, or how much you were effected by the massive blizzard that dumped upon the East Coast over the last few days, chances are you were in hibernation mode over the weekend. Perhaps you spent your downtime watching HBO’s epic 7-hour Godfather edit, or preparing for the new X-Files. But if you were lucky, you may have caught a show by Bruce Springsteen — entirely for free.After Winter Storm Jonas shut down Springsteen’s performance with the E Street Band at Madison Square Garden in New York on Sunday night, the Boss announced on Twitter that the band’s January 19th show in Chicago would be available for free downloading from his site to satiate fans who missed out on seeing Bruce in the flesh.

The live recording of #TheRiverTourChicago on 1/19 will be available as a free MP3 download for the next two days at https://t.co/efrUDGOpTT

Good for you, Bruce. Way to put your fans first. Download the set for free here, if you haven’t already, and maybe your Monday won’t be so hellish.