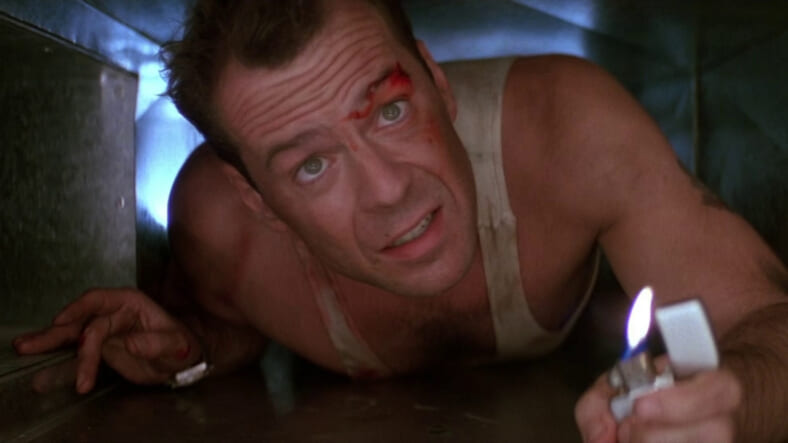 One of the great debates of our time has been settled: whether Die Hard is a Christmas movie. Fans of the 1988 action classic continue to argue about it no matter what the season, and now there’s finally a definitive answer.

But first, here’s the case Empire made when it ranked the film the greatest Christmas movie ever made above traditional fave It’s a Wonderful Life:

“Arguably the greatest action movie ever made, and now the greatest Christmas movie ever made, too. Bruce Willis’ John McClane may seem like an unlikely Santa Claus – he doesn’t have enough hair for one – but what better Christmas present is there than the gift of terrorists getting taken down as they try to take Nakatomi Plaza hostage during a Christmas party in order to carry out an elaborate theft?”

Die Hard is everything every Christmas movie should always be forever.It’s a mix of the baddie from The Grinch Who Stole Christmas; the unbeatable hero who shows up to teach everyone a lesson from Miracle On 34th Street; the ghosts of past, present, and future who bring insight and change from A Christmas Carol; plus every redemptive struggle about family and personal evolution and good versus evil, all wrapped up in a big shiny box with a bow made of explosions and bullets.

The 1988 action classic, which celebrates its 30th anniversary in July, indeed takes place during the Christmas holiday, but star Bruce Willis refuted those claims.

“Die Hard is not a Christmas movie!” he declared at the end of The Comedy Central Roast of Bruce Willis, which is set to air on July 29.

We’re still watching it on Christmas, no matter what Bruce Willis says.