It’s his punchiest role since playing a boxer in ‘Pulp Fiction.’ 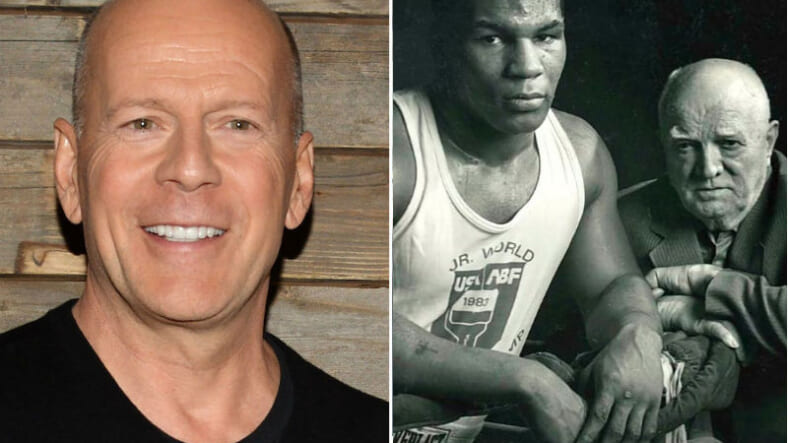 Cornerman has found its cornerman.

Bruce Willis, who famously played a boxer in Pulp Fiction, has signed up to play Cus D’Amato in the a movie about the legendary trainer’s life. Written and directed by the British actor Rupert Friend, Cornerman will bring to life the story of a down-on-his-luck trainer who is introduced to a teenage boxing prodigy named Mike Tyson.

Cornerman is set in the 1980s Catskills where D’Amato is a reluctantly retired coach. Along with his partner Camille, he runs a small gym where he and his trainers, including former street-brawler Teddy Atlas, coach young contenders. But the backer of the gym is pressuring D’Amato to find a real competitor and to secure his professional legacy.

Then a friend drops by with a 13-year-old Tyson. Seeing the kid’s potential, D’Amato takes him in, determined to turn the mercurial hothead into the youngest-ever heavyweight world champion.

In a statement, Friend said the film will focus primarily on the relationship between the two men. “Ultimately, this is a story about a deep love between two ferocious talents, each brave enough to admit their fears to the other, and so spur one another to greatness,” he said. “It is a story about fighting for what you believe in, and a film that will make you question what strength really is.”

A worldwide search is on for the actor to play the young Tyson, who first met D’Amato as a teenager. At the time, D’Amato was a has-been in his early 70s. After a career of working with stars such as José Torres and Floyd Patterson, D’Amato had moved to the Catskills and reluctantly entered into a semi-retirement. Then he met Tyson.

“Without Cus I might be living in some crummy apartment building back in Brownsville, or I might be dead,” Tyson said last year while discussing his book Iron Ambition. “He took a fat, frightened 13-year-old and made him into a guy who can’t walk the streets because I’m the most recognizable face on the planet.”

Tyson elaborated on how D’Amato turned him into a killer: “His whole objective of fighting was hurting, destructing. Every fight I had Cus would be talking about breaking ribs, exploding livers, pushing a guy’s nose into his brain.

“But that stuff is dangerous,” he added. “Cus made me feel that hurting people was noble. Somebody should have shot me. Cus was a vicious, cantankerous beast. He wanted the meanest fighter God ever created. If he told me to kill somebody, I would kill them. I’m serious.”

Cornerman is expected to being filming in the fall.