Even Charles Bronson would wince. 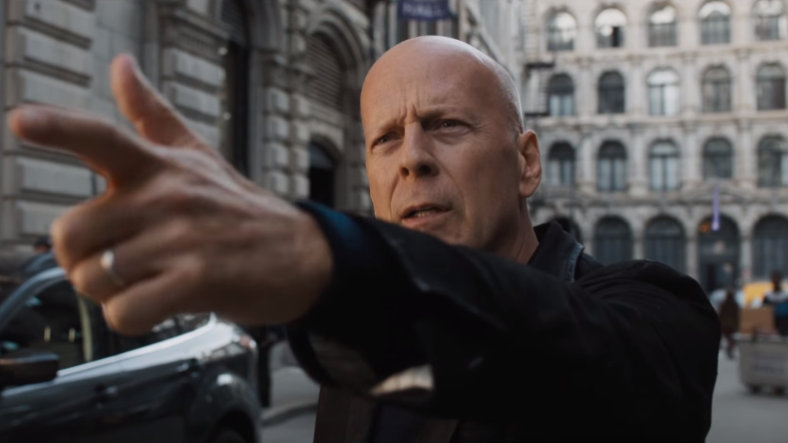 That director Eli Roth and his star Bruce Willis remade Death Wish at all has been controversial. The original Charles Bronson vigilante thriller was made during an era when the concept of political correctness was confined purely to college campuses, if it even existed at all.

In the newest trailer for the reboot, it’s clear Roth has paid attention to criticisms of the very idea the movie was made at all. While we still get all the action we identify with Bruce Willis doing, well, anything, it also seems clear that filmmakers want to avoid the idea of any implicit racial bias in his character’s need for vengeance.

Here’s the synopsis for the remake, courtesy IMDB:

Dr. Paul Kersey (Bruce Willis) is a surgeon who only sees the aftermath of his city’s violence as it’s rushed into his ER -until his wife (Elisabeth Shue) and college-age daughter (Camila Morrone) are viciously attacked in their suburban home. With the police overloaded with crimes, Paul, burning for revenge, hunts for his family’s assailants to deliver justice. As the anonymous slayings of criminals grabs the media’s attention, the city wonders if this deadly avenger is a guardian angel…or a grim reaper. Fury and fate collide in the intense action-thriller Death Wish.

Where Paul Kersey obtains tactical skills evident in the trailer is an open question. It could, however, simply be answered with “he’s played by Bruce effing Willis.”

Death Wish is likely to remain controversial in an age when sensitivity about the use of guns by a civilian for any reason is perhaps at an all-time high.

Audiences will know if the movie is worth the discussion when it hits theaters on March 2, 2018.