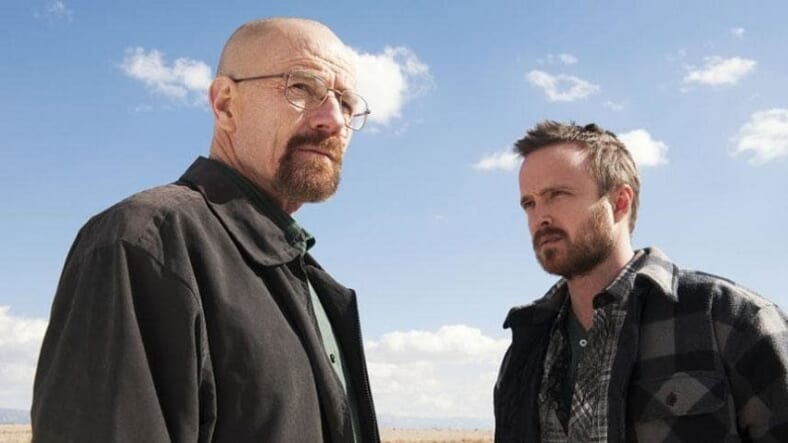 Are Breaking Bad stars Bryan Cranston and Aaron Paul really pulling fans’ legs? Or are they actually teasing that the follow-up movie supposedly featuring Paul’s Jesse Pinkman, code-named Greenbriar (or Greenbrier, whatever) is on its way?

For anyone impatient for the return of prequel Better Call Saul and anxious to jump back into Vince Gilligan’s dark and sometimes absurd version of the Albuquerque drug underground, mysterious twin social media posts on both actors’ accounts have come across like a promise. The latest are below.

So it’s the same photo of Cranston and Paul, a pic that appears recent and not from the time of the show, which ended its run in 2013, and the words “Even sooner.”

That’s after they posted these tweets, which started all the anticipation.

Do they mean that Cranston’s Walter White will be in Greenbriar, and that the movie will be in the can and ready to stream on Netflix sooner than later? That perhaps he survived?

One of the least popular characters on Bad was Walter White’s wife, Skyler, played by Anna Gunn. She was actually one of the only rational voices much of the time, but fans treated her like she was spoiling all the lawbreaking fun.

While Skyler was much more complicated than that, Gunn herself may have provided the spoiler that makes Cranston’s and Paul’s hinting a little less exciting.

Via Digital Spy, we learned that Gunn was asked about the “Soon” tweets on BBC’s The One Show.

Is there a ‘Breaking Bad’ film in the pipeline?

And most importantly will Anna Gunn be in it? 👀#TheOneShow pic.twitter.com/cy4mBB7GqS

Gunn said, “I believe it is a nod to a mezcal tequila that they are bringing out, the two of them, called Dos Hombres.”

“Bryan [Cranston] was going to have a launch party on Cinco de Mayo last month,” Gunn continued, “and he promised that there were going to be donkeys there. I got very, very excited about that and said I’d bring my kids and then [it didn’t happen].”

So there she goes. Skyler did it again. While Gunn did confirm the movie was happening, she also shot all the excitement around these social posts in the foot, big time.

Wait, what are we saying? Let’s cut Gunn some slack. She solved a mystery, and tequila is freaking awesome.