As it turns 50, a look back at the Vegas landmark famed for ‘The Hangover’ and ‘Rain Main.’ 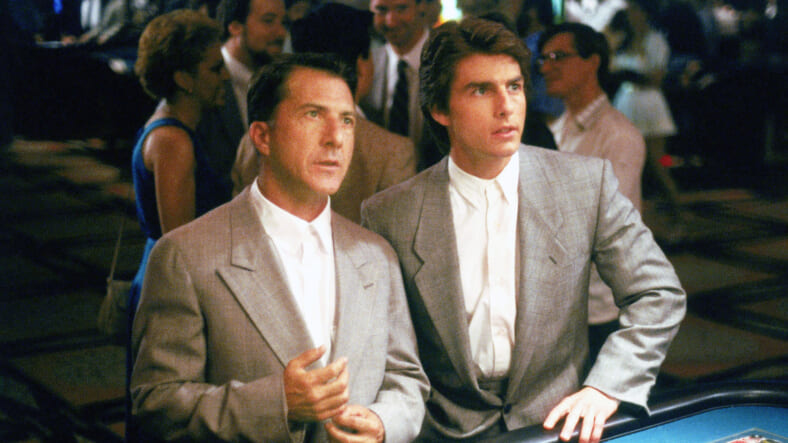 But the event was just the latest epic occasion in the storied history of the Las Vegas hotel and casino, which now boasts 3,980 rooms and suites, including the all-new Julius Tower and 181-room Nobu Hotel Caesars Palace.

Here, five memorable moments from the past half-century at Caesars:

1. Muhammad Ali posed for this famous photo in front of the marquee in 1973 before his fight with Joe Bugner. Ali was declared the winner after 12 rounds, though he lost another fight at Caesars against former sparring partner-turned-longtime champ Larry Holmes.

2. Legendary daredevil Evel Knievel tried to jump the hotel’s fountains in 1967. The crazy stunt came up short and Knievel crashed upon landing, suffering a crushed pelvis and femur, fractures to his hip, wrist, and both ankles, and a concussion. But at least the picture turned out cool.

3. Frank Sinatra, seen here crooning at the hotel in 1974, began performing at Caesars after reclusive mogul Howard Hughes’ 1967 purchase of the Sands lead to a violent dispute with management over Sinatra’s credit at the casino. Hey, it’s Vegas, baby.

4. Jimmy Connors returns a shot to Tim Wilkison during the Alan King Tennis Classic at Caesars in 1983. Connors would go on to win the prestigious tournament for a fourth time, making him one of the era’s most iconic athletes.

5. But perhaps the interiors of Caesars are its greatest legacy. Tom Cruise and Dustin Hoffman counted cards here in 1988’s Rain Man, and there’s even a lavish “Rain Main Suite” that high rollers can request today. Wannabe ballers can also book a two-story, 2,900-square foot “Hangover Suite” featured in the hit 2009 comedy. Live chicken not included.