Time to get your ‘Pitfall’ on. 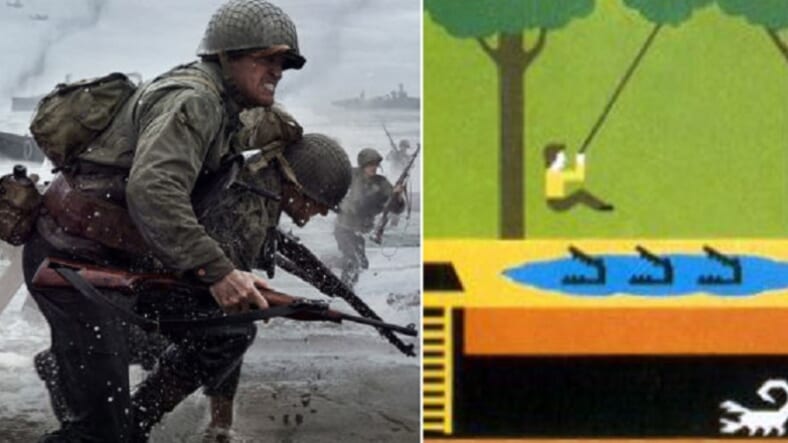 You’re playing a pretty intense session as a soldier in the middle of a battle in Call of Duty: WWII, and you realize you need to chill. Sure, grandpa stormed the beach at Normandy on D-Day in the real thing but seriously, your hands are sore.

There’s a hidden feature in the new game that will help you chill: it’s called R&R (Rest & Relaxation) and it features 15 Activision games from the 1980s. The games are fully playable.

Venture Beat put together a video illustrating some of the retro game play above, and if you’re interested in knowing what you can get into, a Spanish-speaking gamer tweeted a list of the titles:

One funny aspect of this Easter Egg is Kotaku discovered people who habitually or even professionally livestream their gameplay have absolutely no idea what to do with the throwbacks.

Sounds like a pretty cool way to unwind, and you get a shot of nostalgia in the bargain.

Just think how relaxed granddad would’ve been if he’d been able to play some Pitfall II during breaks between shooting Nazis and saving the world.