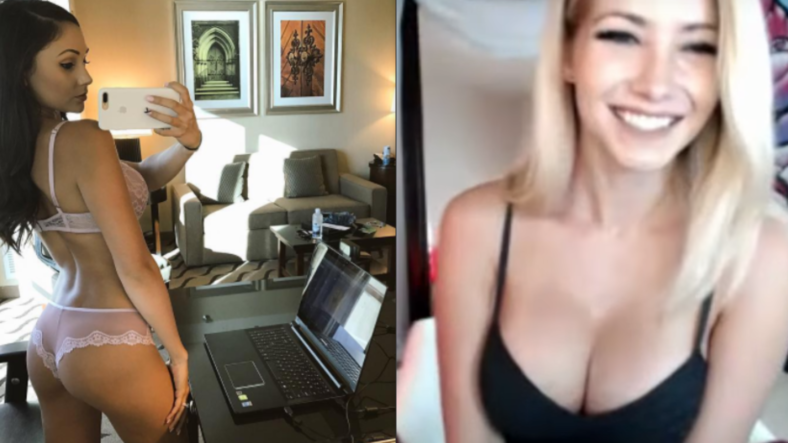 Whether or not you’ve ever logged on to a cam girl site, you probably have a few ideas regarding who the webcam models are and why they do it.

But this ten-minute documentary from Engadget gives an inside look into how these girls make thousands of dollars a day from the comfort of their homes by streaming video online.

An oldie but a goodie 💁🏽 📸 by: @thedeepershow

Since then, the industry has progressed immensely. Adult film actress Ariana Marie has a house outfitted with cameras that give her audience a live stream from nearly every room, including the shower.

“There’s a total of eight, maybe ten cameras throughout the whole house right now,” she said. “And that’s a feed that goes 24/7 for the fans to see a day in the life of Ariana Marie.”

I can't wait to get to #xbizmiami and meet everyone. I'll be signing for @freewebcamsig may 30th- 1st 😜🤗

While many assume that viewers tune in for sexual entertainment, many, like Aspen Rae, say it’s more about making personal connections.

“I would say the majority of guys that I entertain, they’re more looking to kick it.”

Harli Lotts shared a similar perspective, and even says her fans are so close to her, that they’ll actually pay her to not stream.

Not bad for sitting in front of your computer for four hours.