Can you catch all of the inside jokes in Marvel’s latest superhero epic? 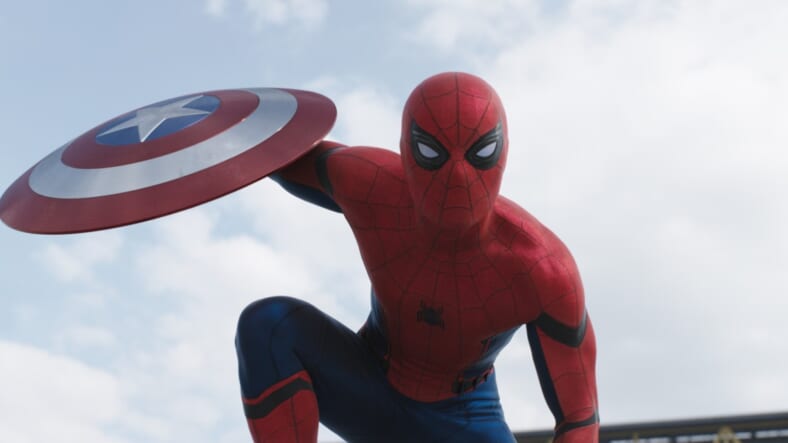 Based on the early rave reviews of Captain America: Civil War, we’re all going to be fans of this movie — but we’ll probably enjoy it more if we can pick up on some quick pop culture references in the latest from the Marvel Universe. Here, three inside-pop culture jokes that you might miss if you’re not paying attention during the superhero epic:

You guys ever hear of that old movie The Empire Strikes Back?

Like a true millenial, Spider-man gets a big kick out of showing off his relative youth via feigned ignorance of cultural products that existed before he was born. As Team Iron Man is preparing to combat Ant Man, Spider-man asks his teammates if they know that “old” movie The Empire Strikes Back, referring specifically to the scene when “they’re on that snowy planet with the walking thingy.” Spidey then “recreates” the iconic scene in which Luke and Wedge Antilles trip up the AT-AT Walkers’ legs with cable, using spiderwebbing to do the same thing to Ant Man.

Did Captain America writers somehow know that The People vs. OJ Simpson would be a huge hit just ahead of the movie’s release?

In an investigation into the disappearance of one Team Cap member, Tony Stark interrogates the rest of them, trying to find a rat. But Falcon won’t budge, telling Stark that he’ll “have to go Mark Furhman on my ass to get information out of me.”For those just turning in, Furhman was an LAPD detective and prosecution witness in the O.J. Simpson murder trial who some believe may have planted evidence to incriminate Simpson.

Where have I seen a car like that before?

Captain America: Civil War directors Anthony and Joseph Russo also directed more than a dozen episodes of Arrested Development, and apparently couldn’t resist slipping in an Easter Egg in the form of a staircase car like the one Michael Bluth drove on the show.