“Y’all going to respect these strippers from now on.” 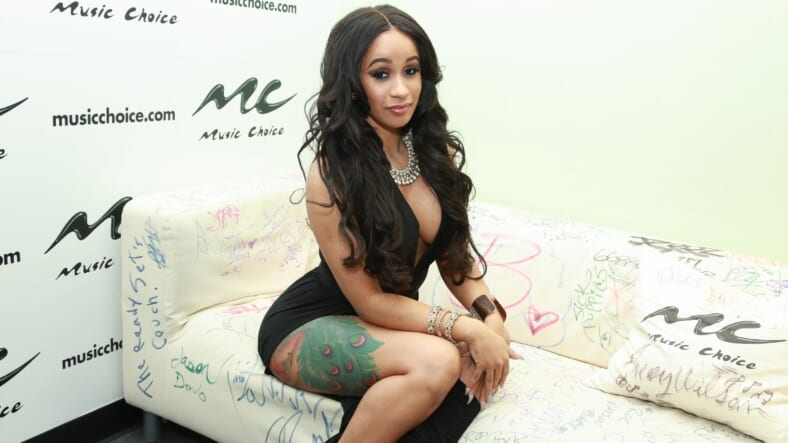 Cardi B became one of 2017’s biggest breakout artists after the release of her chart-topping single “Bodak Yellow.”

Not too long before she made history as the first female rapper to put out a No. 1 song in nearly 20 years, however, the Bronx native worked as a stripper.

In a candid interview featured in the April issue of Cosmopolitan, Cardi revealed why she’s so open about her past life.

“People say, ‘Why do you always got to say that you used to be a stripper? We get it.’ Because y’all don’t respect me because of it, and y’all going to respect these strippers from now on,” she said.

Exotic dancers aren’t the only ones the femcee sees as a disenfranchised group. Women seeking parts in hip hop videos are exploited frequently. But even in the #MeToo era, they’re being largely ignored.

“A lot of video vixens have spoke about this and nobody gives a f–k,” she said. “When I was trying to be a vixen, people were like, ‘You want to be on the cover of this magazine?’ Then they pull their d–ks out.”

“I bet if one of these women stands up and talks about it, people are going to say, ‘So what? You’re a ho. It don’t matter,’” she added.

The “Bartier Cardi” singer also touched on her ongoing relationship with rap star Offset. Though the Migos member allegedly cheated just weeks before he proposed to Cardi, she’s stuck by his side.

“I know I could get any man I want—any basketball player, football player. But I want to work out my shit with my man, and I don’t got to explain why. I’m not your property. This is my life.”