“I think they secretly the same person.” 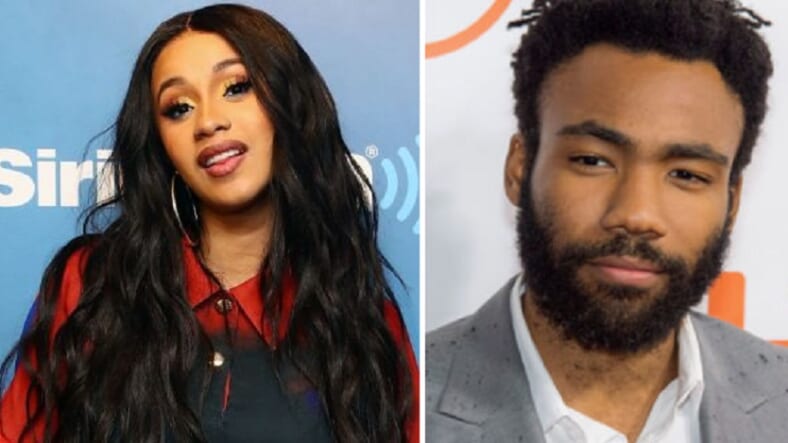 Most people save Cardi B. Well, she knows now, but she had to learn the embarrassing way, after tweeting about the astonishing resemblance between rapper and actor.

Cardi hit Twitter Thursday night with her revelation, writing “It’s amazing how Donald Glover and Childish Gambino look soo much alike…I think they secretly the same person.” She took that tweet down and followed it up with:

Because the internet is pretty mean, fans went right after her over the slip-up and did it with glee.

She tweeted this but they actually the same person so it’s like awkward…. lol I think she deleted the tweet but it’s all love still 💕 pic.twitter.com/PPa0kFaHxP

Not sure busting your girl’s chops over such a silly goof is “all love still,” but okay.

first one's deleted now but I got it pic.twitter.com/APxth599qH

We can assume a few things now. Cardi B definitely knows Glover is Gambino, and she’s probably a little busier being pregnant than she is paying a lot of attention to fellow artists. Which is understandable.

Anyway, it was silly, and everyone makes mistakes, and did anyone else notice how much the young Lando Calrissian in Solo: A Star Wars Story looks like Childish Gambino?