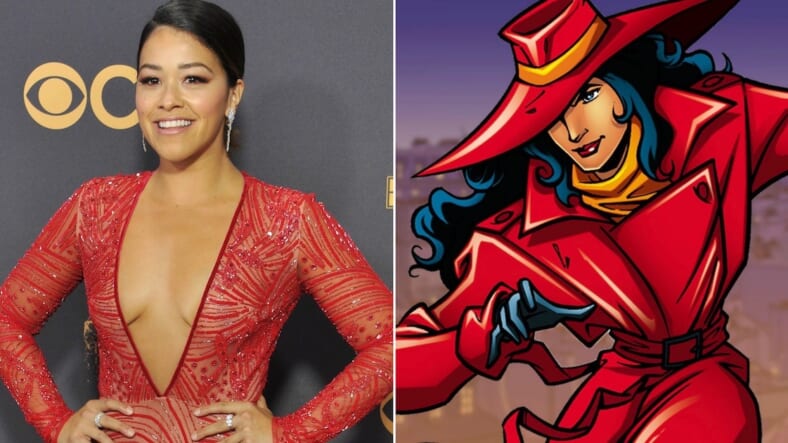 Netflix has finally answered the age-old question, “Where in the world is Carmen Sandiego?” It turns out that the red-hatted heroine of animated ’90s children’s television and comics will soon be damn near everywhere.

The streaming platform previously announced an animated TV reboot of Where In the World Is Carmen Sandiego? was on the way with Jane the Virgin actress Gina Rodriguez voicing the titular character. Now, Netflix has also announced Rodriguez will also star in a live-action movie adaption.

Kids born after 2000 may not even know who Carmen Sandiego is, but they are about to be inundated.

“The series will be based on the iconic educational computer game franchise that followed Sandiego as she travelled across the world stealing national treasures,” reads a description from Variety.

“It will offer an intimate look into the character’s past where viewers will not only follow her escapades but also learn who in the world is Carmen Sandiego and why she became a super thief.”

The TV show is slated for a 2019 release, and child actor Finn Wolfhard of Netflix hit Stranger Things will voice Ms. Sandiego’s right-hand man Player. Netflix has ordered 20 episodes, each clocking in at around 22 minutes.

Far less is known about the movie; although, star Gina Rodriguez better have her red coat and fedora ready. Catch her on the big screen now, in the sci-fi freak fest Annihilation.

On in her many sizzling Instagrams, below.