Her family gave Lucasfilm permission to use the late actress’s footage. 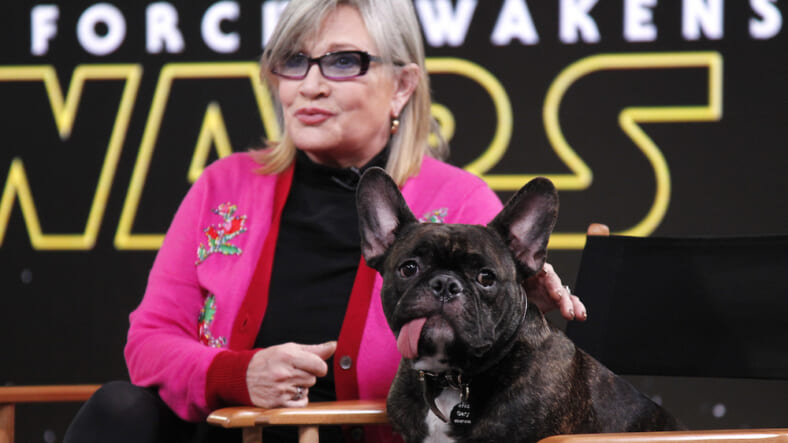 In Princess—later General—Leia Organa, Carrie Fisher created a truly great character. Fans of the Star Wars films had a unique opportunity with Leia, watching her evolve from a temperamental young royal to a wise military leader. When Fisher died tragically at the end of 2016 after completing filming of the forthcoming Star Wars: The Last Jedi it seemed certain we wouldn’t see Leia in action again.

Looks like we will, in some way. Todd Fisher, Carrie’s brother, tells The New York Daily News that the filmmakers won’t use digital trickery to do it, either:

After months of speculation about Carrie’s future in the sci-fi saga, Todd has revealed that Disney bosses want to bring Princess Leia back for Episode 9. And he said he and Carrie’s daughter, Billie Lourd, have granted the studio rights to use recent footage for the finale. It is understood that CGI will not be used to recreate Leia.“Both of us were like, ‘Yes, how do you take her out of it?’ And the answer is you don’t,” said Fisher, as he attended the opening night gala of the TCM Film Festival in Los Angeles, celebrating “In the Heat of the Night.”

Fisher also said that his sister was “as much a part of it as anything and I think her presence now is even more powerful than it was, like Obi Wan — when the saber cuts him down he becomes more powerful.”

It’s not clear how Carrie Fisher’s role will factor into the plot in the 9th film, but her brother expressed trust that those making the movie will do something “great.”

Fisher died after collapsing on a flight back to LA from London in December, 2016. Her mother Debbie Reynolds passed away a few days later.

Still, the actress’s younger self was prominent in Rogue One: A Star Wars Story via digital manipulation, and she’s likely to again play a huge role in The Last Jedi.

It will be great to see where Leia goes in the upcoming stories, but knowing a star like Carrie Fisher—a charismatic and hilarious storyteller in real life—is gone means it won’t really feel the same at all.