It appears Han wasn’t going at it solo. 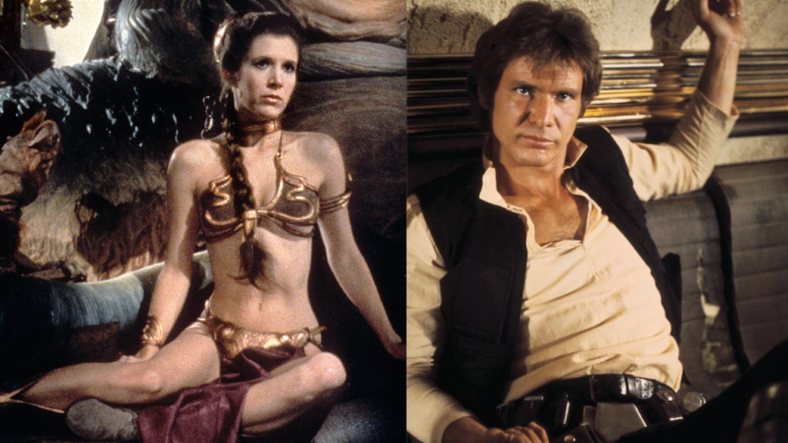 A long time ago in a galaxy far far away, Carrie Fisher and Harrison Ford got it on.

In her upcoming tell-all memoir The Princess Diarist, Fisher, who played galactic beauty Princess Leia, confirms long-running fan suspicions that her on-screen chemistry with co-star Harrison Ford, Han Solo, extended beyond the set and into the bedroom.

Fisher writes that one night after becoming “wine sodden” (her words, not ours), Ford offered to drive her home—classic move. From there they started kissing, and things promptly moved to the bedroom.

“So what?” you might be thinking. One attractive movie star hooks up with another, big whoop! But let it be known Fisher was just 19 years old at the time while Ford was 34 and had a wife and two sons.

Even though Fisher claims the two continued an illicit relationship for three months, she admits the first time was not exactly stellar. Her lack of sexual experience left her feeling insecure.

“I was so inexperienced, but I trusted something about him.” she writes. “I looked over at Harrison. A hero’s face—a few strands of hair fell over his noble, slightly furrowed brow. How could you ask such a shining specimen of a man to be satisfied with the likes of me?’’

We have an idea…

Read all the dirty details of their hookup when The Princess Diarist debuts on Nov. 22.