The ‘Cash Me Ousside’ Girl Is Making So Much Money For Appearances, Your Head Will Explode 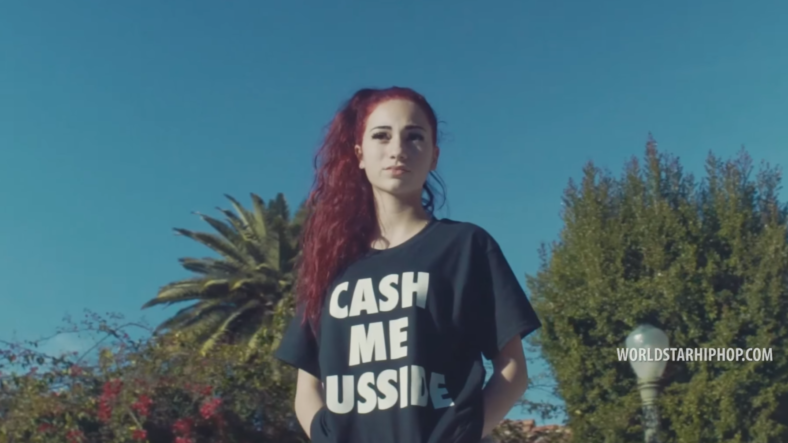 Danielle Bregoli, aka the “Cash Me Ousside” girl, garnered a stupid amount of viral fame following an appearance she made on Dr. Phil after one of the many ridiculous things she said during her interview became a massive and frankly inescapable internet meme.

The 13-year-old (!) wild child also said on the Dr. Phil segment that she has a superior understanding of how things work “on the street,” a claim that seems dubious in the light of a recent video from TMZ showing her running away from a Florida bar brawl she appears to have started. Watch the entire embarrassing incident below:

Danielle Bregoli was in downtown Lake Worth, FL Saturday night, where she and 2 of her girlfriends — who also look like teens — helped start a massive brawl at a nearby bar.

Eyewitnesses tell us Danielle and her crew were just passing by, when customers outside on the patio started taunting them with Danielle’s catchphrase … you know the one.

We’re told Danielle and co. played along at first, shouting it back and teasing fans with the prospect of pics/selfies for $10 a pop — that is, until Danielle started getting pissed by the constant shouting on the other end … causing 1 of her friends to attack a lady.

This definitely doesn’t bode well for Danielle’s street cred, but the meme-ified teen is raking in so much dough that it probably doesn’t matter.

TMZ has also reported that she’ll be making $40,000—you read that right—for meet and greets at Miami’s Rolling Loud music festival in May. Sweet Mother of God.

“Cash Me Ousside” is even set to make money off of her own birthday party in March, of which her reps say she’ll get a portion of the ticket sales.

And even though she’s the star of Kodak Black’s new music video for “Everthing 1K,” Danielle reportedly laughed when a bar offered her a measly five grand to make an appearance.

This should end well.