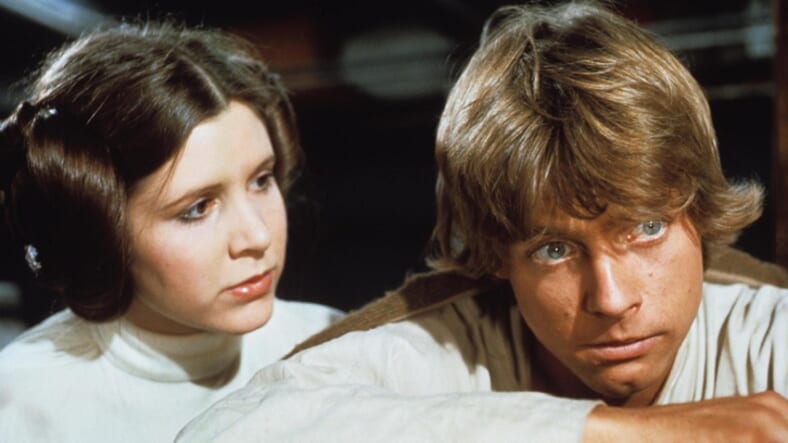 In just a few days, Star Wars: Episode IX begins production in its London studios. J.J. Abrams is coming back to handle directing duties for the franchise’s swan song, as are cast members like Adam Driver (Kylo Ren) and Daisy Ridley (Rey).

The role of Leia Organa will once again be played by Carrie Fisher, using previously unreleased footage shot for Star Wars: The Force Awakens. “We desperately loved Carrie Fisher,” says Abrams. “Finding a truly satisfying conclusion to the Skywalker saga without her eluded us. We were never going to recast, or use a CG character. With the support and blessing from her daughter, Billie, we have found a way to honor Carrie’s legacy and role as Leia in Episode IX by using unseen footage we shot together in Episode VII.”

Other members of the old gang include composer John Williams, whose epic work has been on every Star Wars soundtrack and become go-to programming for symphony orchestras all over the world.

The final episode is going to be a monster box office hit and very depressing for a few generations of the massive Star Wars fandom.

Get to the theater with your sad fan face on when Episode 9 hits theaters in December 2019.