Cersei And Bronn from ‘Game of Thrones’ Dated In Real Life, And Things Got Really, Really Ugly

“They should be kept apart at all costs.” 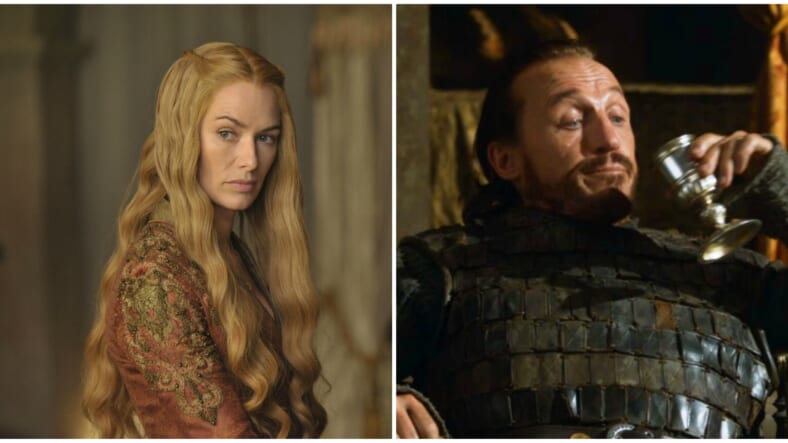 Here’s a question for all you Game of Thrones fans: Have you ever seen Cersei Lannister and Ser Bronn in the same scene? Nope, never happened, and never will.

There’s actually a fairly valid reason for that – the actors who play Cersei and Bronn, Lena Headey and Jerome Flynn, previously dated in real life, and as many relationships tend to do, it went to hell and ended in flames.

In fact, the relationship turned SO sour and the breakup was soooo bad that they have stipulations in their contracts that forbid them from being in the same room together. Damn.

If you watched the season 7 finale, you might remember that as the main characters were about to meet in the Dragonpit to discuss a potential truce in preparation for the upcoming war, Bronn suggested he and Podrick stay behind and get a drink while “the fancy folk talk.”

Seeing as how Bronn is very important to the Lannister army, and is a close confidant of Jaime, it was baffling that he didn’t stick around to see the Wight get all up in Cersei’s face.

The reactions in this scene were amazing so I’m going to sidetrack real quick and emphasize how scared everyone was:

I’m sorry, I’m done. Back to the toxic relationship between Lena Headey and Jerome Flynn.

Once you know that the two actors literally can’t stand each other in real life, it makes a little more sense, but the fact that the show’s writers are messing with the storyline just to keep the ex-lovers apart really says something about how much they hate each other.

“We’re not a couple right now, people have seen us together and jumped to conclusions. I can’t rule out a relationship with her in the future, I just don’t know,” Flynn said of the relationship back in 2003.

10 years later, the relationship bit the dust for good, and a GoT crewmember even told Telegraph that they weren’t even on speaking terms, and were “never in the same room at the same time.”

“It’s a pity because they appeared to have patched things up for a while, but now the word is they should be kept apart at all costs,” he added, implying Cersei and Bronn downright loathe one another.