“Why did you say that? Because you love me?” 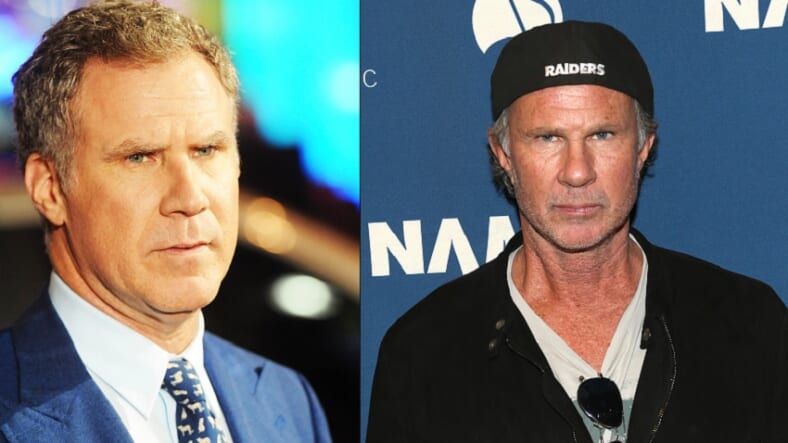 There’s a myth that everyone supposedly has a doppelganger—someone unrelated to you who could probably fool the Face ID on your iPhone. The BBC reported in 2016 that the chances of that aren’t that great, but didn’t dismiss it out of hand, either.

Will Ferrell and Red Hot Chili Peppers drummer Chad Smith are among the few who have found their twin. The comedian and musician bear a strong enough resemblance to give you pause. Recently a fan watching Smith play a small show pointed it out, and as seen in the video above, Smith’s reaction was perfect.

Smith stormed off the stage then came back and initially seemed to break into a rant. Here’s a partial transcript:

Listen, are you a musician? What do you play? That’s right, you call me sir I’m like 100 years old. What do you play? A drummer. Why did you say that? Because you love me? You love me and you go, ‘Will Ferrell.’ I’m not Will Ferrell, you idiot! I’m just fucking with you, I don’t give a shit, I think it’s great. I’m fucking famous because of Will Ferrell, fuck that guy, right! I was in a low key rock band for awhile, then that idiot said, ‘Oh you look like..’ The next thing people on the street go, ‘Hey man, you’re really funny.’

Pretty much the kind of fake outrage that’s a trademark of Ferrell’s comedy.

Ferrell and Smith appeared on The Tonight Show with Jimmy Fallon in 2014 to hash out this problem, and it was a damn funny segment.

That wasn’t even the best part. The lookalikes then decided to have a drum-off.

To really get an idea of how Ferrell and Smith feel about their resemblance, just read a Smith’s account of how they met from an interview the pair gave to SPIN magazine:

There was a screening of [Ferrell’s film Ladies Man] at Paramount in Hollywood. At the time I was dating a girl who worked there. I went to the screening, and you were there and all the actors were there, and after the film there was a little reception thing and cocktails and little, you know, table with food and chicken skewers and shrimp whatevers. And you were over there getting your food, and I was like, “I’m not going to go over. I’m not going to be that guy, like, heyyyy, […]”But I’m over there, filling my plate with food, and there was a gentleman standing between us. And sure enough, he walks away, and we both turned at the same time to each other with our plates of food. And you just looked me up and down really quick and said, “You’re very handsome.”

It’s all in fun. Smith just better hope Will Ferrell never gets a hold of his phone.