Check out the footage she posted to Instagram here. 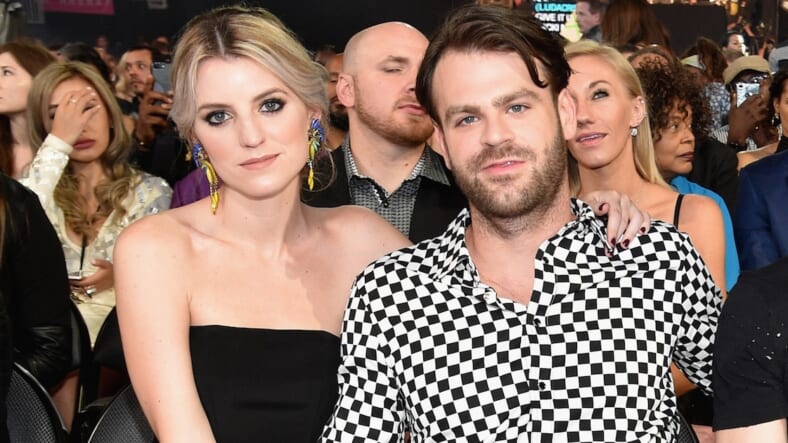 Thanks to social media, scorned lovers don’t have to fake their own deaths to trap their cheating boyfriends in media scandals (looking at you, Gone Girl).

Tori Woodward, the longtime girlfriend (now ex-girlfriend) of deejay Alex Pall from The Chainsmokers, just publicly called out Pall after she caught him in flagrante with another blonde babe on surveillance video.

She could have pulled a Whitney Houston, telling him to “pack your bags, up and leave!” and then dismissing him with a dramatic yet dignified hand gesture. Instead, Woodward made sure to let all of Instagram know her man is a lying sack of shit.

Men need to learn to respect women in all ways as fellow humans. Just because you have “power” doesn’t mean you can or should do whatever you want.❤️ #TimesUp pic.twitter.com/CXH3Ywu10o

“Alex is disgusting. Men are trash. Don’t ever forget it,” wrote in a post on her Instagram story, over surveillance footage of Pall mid-liplock.

“They’ll look you in the eyes and tell you they love you. Then destroy you without a second thought,” she steamed in another.

“After hours of begging him for scraps of honesty, I chipped away just enough to confirm that this is not the first time he’s remorsely [sic] cheated on me,” she ranted in yet another.

“That ‘psycho bitch’ from Vegas, the ‘lame Instagram model’ caught on video and countless others he looked me in the eyes and swore on his life he never touched.”

AOL reports they had been dating since 2014 and were recently vacationing together in Aspen.

Woodward later thanked her 40,000 followers for their sympathy and issued a battle cry for scorned deejays’ girlfriends everywhere.

“If there was ever a time to hold powerful men accountable for their disgusting behavior, it’s now,” she wrote.

“Don’t be that guy. Don’t let your friend or brother or business partner be that guy. Basic respect for women in your life should not be such a hard standard to hold each other to.”

“I really appreciate all the kind messages I’ve been getting,” she concluded. “I’m moving on with my life now with the satisfaction that I’m liberated from a horrible person and encourage anyone else in a similar position to know your worth and do the same.”

Revisit the nicer times, above.