They quipped that they wouldn’t want to bring their dog there. 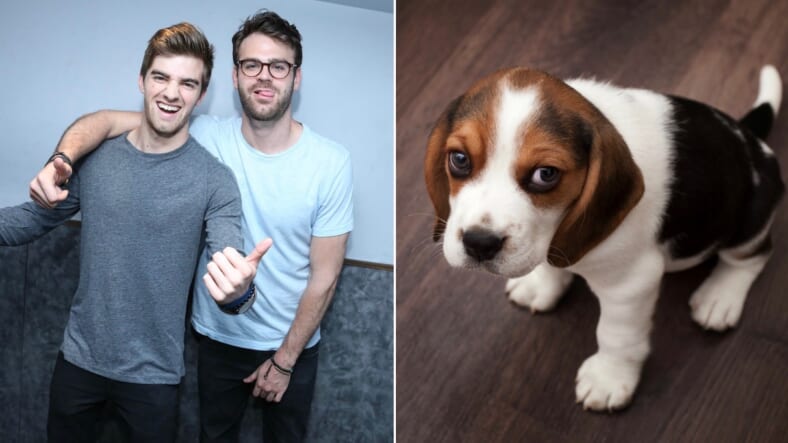 This may be difficult to comprehend, but a member of an EDM band called “The Chainsmokers” doesn’t handle every scenario with absolute tact.

When a Chinese reporter asked Pall if he brings his dog on tour, he replied, “Well, I don’t know if I’d bring her to China.” Both band members giggled as the interviewer covered his mouth in horror.

Here’s the thing, though: Contrary to what keyboard warriors say, there is indeed dog consumption in China.

The Lychee and Dog Meat festival went on as planned in Yulin, China in June despite the protests of animal activists. An estimated 10,000 dogs and cats were butchered and gobbled up during the carnivorous 10-day festival.

So were The Chainsmokers cracking a racist joke? Or were they simply raising awareness about animal cruelty in China?

Still, they took down video of the interview, which they had originally posted on Twitter, and shared a well-worded apology… which also references the Yulin festival.