Too bad the league bans the real stuff. 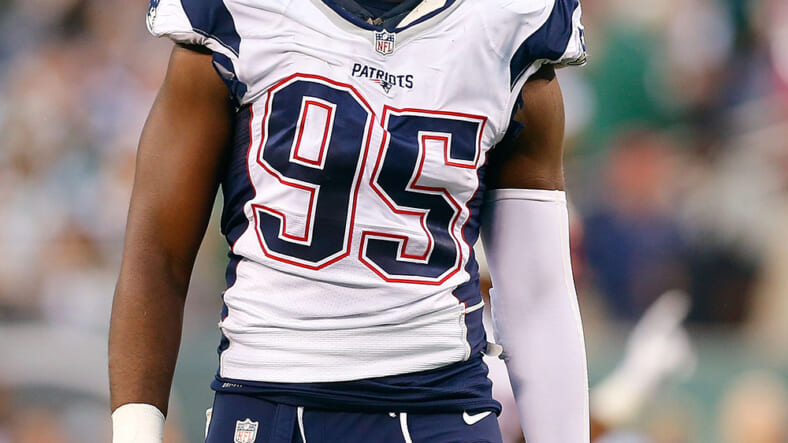 New England Patriots star defensive end Chandler Jones was rushed to the hospital under mysterious circumstances last Sunday, and after initial reports of a pill overdose, the truth has come out: He got super baked on some synthetic sticky icky.

The Boston Globe reports that the 25-year-old had a bad reaction to synthetic marijuana, which doesn’t contain any actual marijuana, and walked to a police station near his home to get help. Once he arrived, Jones was evaluated by police and then taken to a nearby hospital. His stay wasn’t long though, and the Pro Bowl lineman was lifting weights at the Pats facility at 6:30 on Monday morning.

By all indications, Jones will be ready to suit up for the Patriots on Saturday, but there’s a lot less certainty regarding the NFL’s reaction to his brief medical incident. Jones wasn’t arrested so this doesn’t appear to be a violation of the personal conduct policy. In fact, It’s not even clear if synthetic marijuana is prohibited by the league. In all likelihood, Jones won’t face suspension. He may, however, be placed in the league’s program for substance abuse.

But if Jones does end up with a punishment, it will be a travesty. His only mistake appears to be abiding by the NFL’s counter-productive drug rules, which prohibit marijuana but not the synthetic stuff. In September 2014, the league and player’s association agreed on a new drug policy that loosened its marijuana policy, increasing the threshold for a positive test. But the policy made no mention of the drugs Jones used.

The problem with this discrepancy? Synthetic weed, one readily available alternative for players still in search of a buzz, is way more dangerous than the natural variety. In 2015 alone, America’s poison control centers were called nearly 8,000 times about the ill effects of the drug, which can include severe anxiety and seizures. The most trouble Jones would have gotten into over the weekend if he’d been allowed to enjoy a real joint is a sore Mario Kart thumb, but that would have also put his career in jeopardy.

Odds are, the NFL will move to ban synthetic marijuana as the dangers of the drug become more well known. The reason is clear: the league wants to make sure the most dangerous thing football players do it play football.