He just can’t help himself. 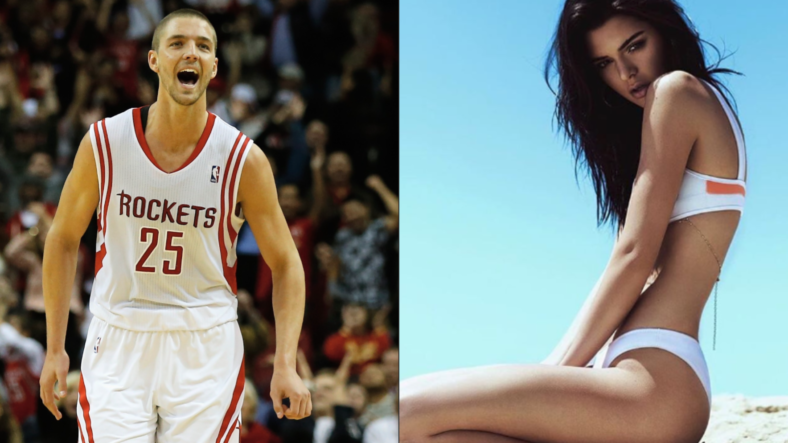 Just days ago, over New Year’s Eve, the Memphis Grizzlies forward was flaunting his night out with the gorgeous actress Kate Beckinsale on Instagram. Now, TMZ reports that he’s been hanging out with supermodel and Kardashian clan member Kendall Jenner.

The two were seen entering the same L.A. restaurant, Delilah, at separate times. When paparazzi asked Parsons if he knew Kendall was present, he slyly responded with, “Is she actually?” What a coincidence, because Kendall was photographed watching him and the Grizzlies take on the Lakers earlier that night…

Anyway, don’t take our word for it—TMZ captured video of the two of them showing up at the eatery just minutes apart.

This isn’t the first time Kendall and Chandler have been spotted in each other’s company. There was speculation that the two may have been in a semi-serious relationship back in 2014, although it was never officially confirmed.

Regardless of whether or they’re actually together, Parsons’ impressive recent female company almost makes us forget about his creepy Instagram comments.