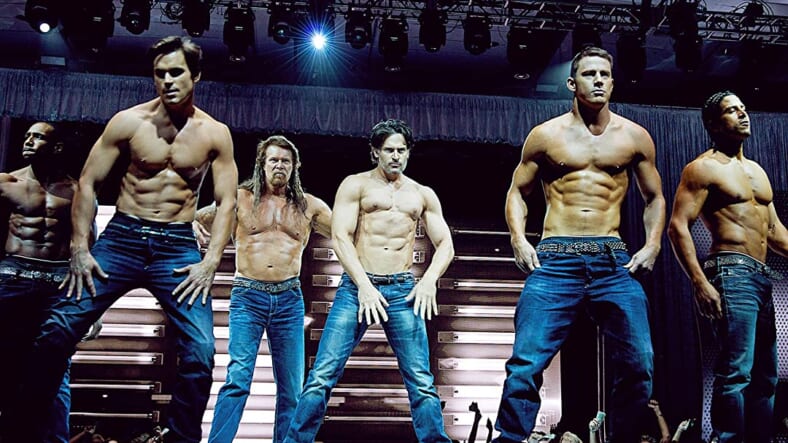 If your significant other has been missing ogling dudes with washboard abs, don’t get jealous or start dieting like crazy, get HBO Max. Magic Mike and Magic Mike XXL star Channing Tatum and director Steven Soderbergh are executive-producing a reality TV series for the streaming service, The Real Magic Mike.

HBO Max‘s head of original content Sarah Aubrey spoke to The Hollywood Reporter about the production:

“From box office hits to sold-out live shows, Magic Mike has proven to be a pop culture juggernaut that continues to delight people across the globe,” said HBO Max head of original content Sarah Aubrey. “We’re excited to work with Channing, Steven and the team behind Magic Mike Live to continue this successful franchise that celebrates self-confidence and sexiness both inside and out.”

HBO Max’s description of the series, which will follow the tried and true reality competition format, states that show contestants “will bare their souls and more as they evolve their bodies, learn to perform spectacular routines, and develop a new level of self-confidence. As they strip off their clothes, they will rid themselves of emotional baggage and regain their mojo but only one will be the Real Magic Mike.”

Producers are currently searching nationwide for the ten contestants they’ll feature on The Real Magic Mike. If you think you’ve got what it takes to make it on the show, you can fill out an application here.

The series doesn’t have a set premiere date but will stream on HBO Max later in 2021.