“It was like one of those big mushroom clouds…” 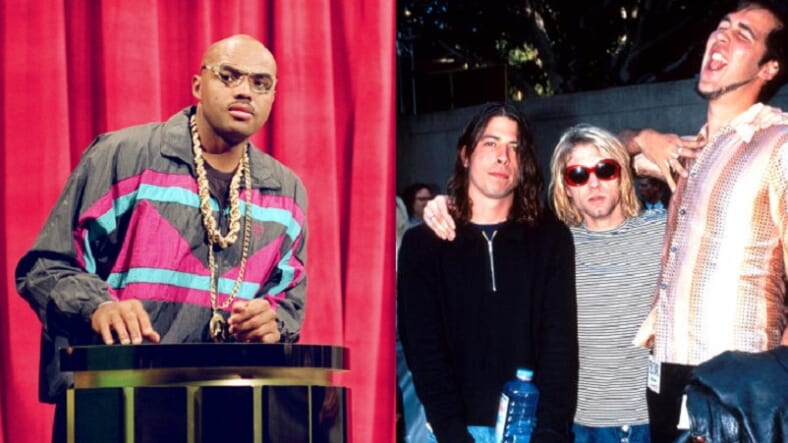 Charles Barkley hosted a Saturday Night Live for the history books on September 25, 1993. He was a basketball superstar in his prime, it was a classic SNL cast with greats like Chris Farley and Phil Hartman, and the musical guest was Nirvana.

That’s memorable enough, but Barkley recently shared a story with Dan Patrick that added some hilarious backstage color to the episode.

The legendary grunge rock bands’ kind of stoned-looking expressions in the video of their promo rehearsal above makes a lot more sense now.

After describing SNL‘s dressing room setup and saying Nirvana was “fantastic,” Barkley told Patrick “Every time those guys from Nirvana opened… their door, I got like a contact high.”

“It was like one of those big mushroom clouds came,” he said as Patrick laughed. He then said he was afraid to go the airport after, probably because he didn’t want a drug dog to alert on him.

Barkley went on to describe his relatively limited experience with pot, which he had in the NBA. It didn’t do much for him. “I didn’t get no peace,” he said, “Like, all I wanted was potato chips.”

Barkley has more weed tales in the segment and he tells them pretty well—which proves that when he isn’t struggling with a touchscreen or beefing with current stars of the game like LeBron James, he can tell a pretty damn funny story.