Sheen is a 9/11 truther. Goldberg has compared them to Holocaust deniers. 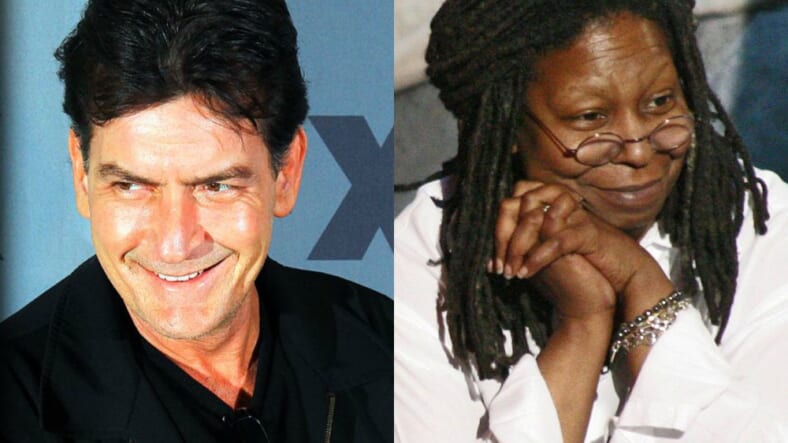 Today in head-scratching movie news, Charlie Sheen and Whoopi Goldberg are co-starring in an independent movie about the 9/11 terrorist attacks that Variety reports is starting filming on Monday, which we guess means today? Like, right now?

“Nine Eleven,” directed by Martin Guigui, follows the story of five people trapped together in an elevator in the World Trade Center during the September 11th, 2001 terrorist attacks. Luis Guzman, Wood Harris and Olga Fonda have also signed on to the project.

“We are immensely grateful to bring this inspirational story to life. ‘Nine Eleven’ is a highly emotional journey and it took a dynamic bunch to collectively come together to make this unique film happen,” said Guigui. “We are fortunate to have such a gifted cast on board. Both Charlie and Whoopi are native New Yorkers who strongly identify with this story.”

As Flavorwire pointed out, the off-camera dynamic could potentially be a bit tense. Sheen is an avowed 9/11 truther, and Goldberg has reportedly compared such truthers to Holocaust deniers. Perhaps an epic celebrity feud is in the works? Anyone else think this whole thing seems a bit odd?