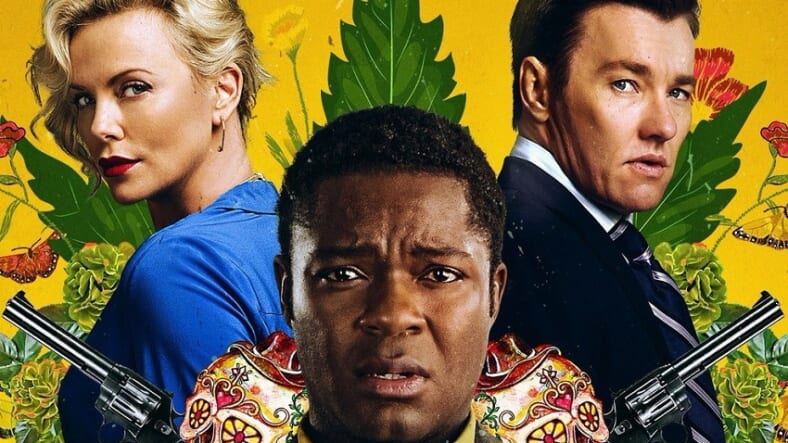 The potential dark side for the legal cannabis industry is front and center in this red-band trailer for Amazon Studios’ Gringo.

She, Edgerton, and Oyelowo—who plays mild-mannered fellow exec Harold Soyinka—go to Mexico where, in an effort to go legit, they order no more sales of Cannabax to a drug lord called The Black Panther.

Things then go wild, according to the plot synopsis:

Targeted by the ruthless Black Panther, who hopes to gain access to the Cannabax formula, Harold disappears before his bosses return to Chicago. A few hours later they receive a call informing them he’s been kidnapped, and his captors are demanding a $5 million ransom. Rather than pay, [Edgerton’s character] Richard dispatches his mercenary-turned-humanitarian brother Mitch (Sharlto Copley) to extract Harold. But even with some temporary assistance from warmhearted American tourist Sunny (Amanda Seyfried) and her drug-mule boyfriend Miles (Harry Treadaway), Harold’s prospects for survival grow dimmer by the minute.

From there, Oyelowo’s Harold essentially becomes a wanted fugitive on the run in situations that seems to have him totally out of his element.

Gringo looks equal parts funny and wild, but you’ll have to wait to see how things turn out till March 9th. 2018.