“Being naked is nothing.” 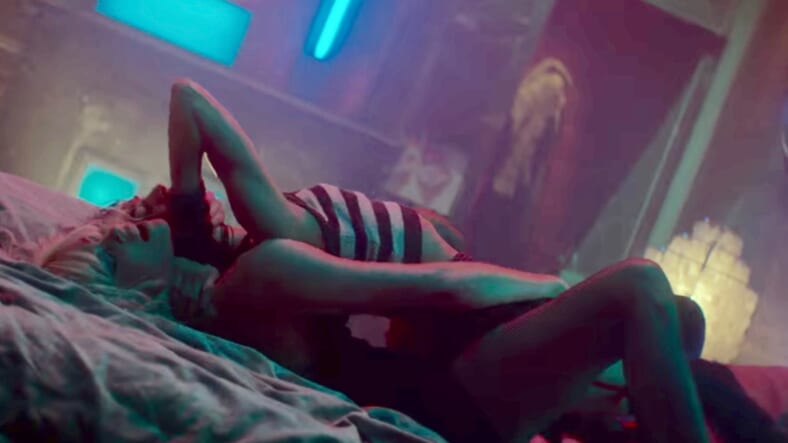 Despite all the attention the scene has garnered, Theron told Entertainment Tonight Canada that shooting the scene was “very easy.”

“She was just great. She was the only actress that we looked at. She came over, she hung out with me and [director] Dave and there was something about her that was so genuinely innocent and yet incredibly strong, that she was really perfect for the film.”

“I can’t imagine anyone else doing it,” she continued. “She’s a dancer, I’m a dancer. So, we’re a little bit like—you know dancers are like, ‘What? Being naked is nothing.’ We just wanted it to be real and cool.”

Theron may not be attracted to the same sex (as far as we know), but she certainly pulled off a convincing performance. See what we mean in the Atomic Blonde trailer around the 2:20 mark, above.