The two professional comedians fed the “Baywatch” beauty jokes through an earpiece, and it was hilarious. 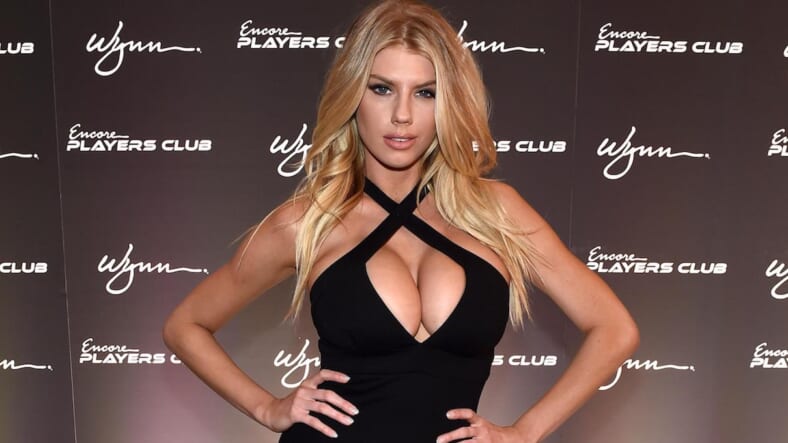 Charlotte McKinney is best known as the bombshell model who first shot to fame in a provocative Carl’s Jr. commercial during the 2015 Super Bowl, then modeled for Guess, starred in Joe Dirt 2 and the Baywatch movie, and yes, even appeared in an exclusive Ferrari-themed photo feature on Maxim.com.

But McKinney truly crushed it the other night on Lights Out With David Spade, in which the funnyman host and his fellow comedian Whitney Cummings fed McKinney jokes through an earpiece as she performed her very first stand-up set at L.A.’s legendary Comedy Store.

An admittedly nervous McKinney, clad in a white tank top and jeans, got off to a shaky start but soon started lobbing some genuinely funny zingers to the crowd, who surely weren’t expecting a supermodel’s first stab at stand-up comedy.

Highlights included: “Did anyone see the movie Baywatch? I was the second-hottest girl after Zac Efron” and “I just flew in from Cancun, and boy are my arms tired…from jerking off a billionaire on the jet,” both courtesy of Spade.

Cummings supplied McKinney with some off-the-cuff gems as well: “Is it hot in here or am I just super hot?” and “I just want what every woman wants–a 90-year-old billionaire with an incurable disease”

After ending her set with, “I’m gonna wrap this up, because most of the guys have jizzed already,” McKinney left the stage to congratulatory backstage hugs from Cummings and Spade.