This is way more disturbing than Chewbacca Mom. 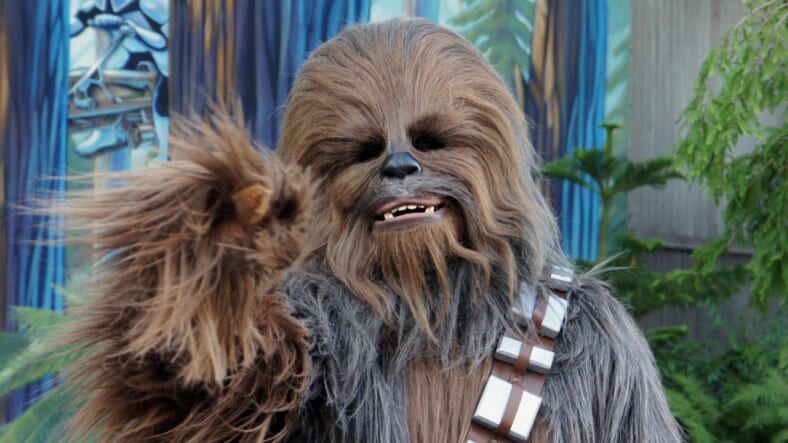 Man, just when you think you know a Wookie! First, we’re exposed to unreleased footage of the normally peaceful Chewbacca getting really pissed off and ripping off a guy’s arms, and now we find out that the great space ape spoke English the whole time.

Peter Mayhew, the super-tall British dude who has played the Wookie in every Star Wars flick in which he has appeared, just dropped this bombshell in his Twitter account. In this scene from The Empire Strikes Back, Chewy screams at his pal Han Solo—not in a series of wild grunts—but rather like a drunken Englishman who’s had one too many pints.

Now all we have to do is find the footage of R2-D2 speaking like some jabroni from Brooklyn, and we’ll be all set.